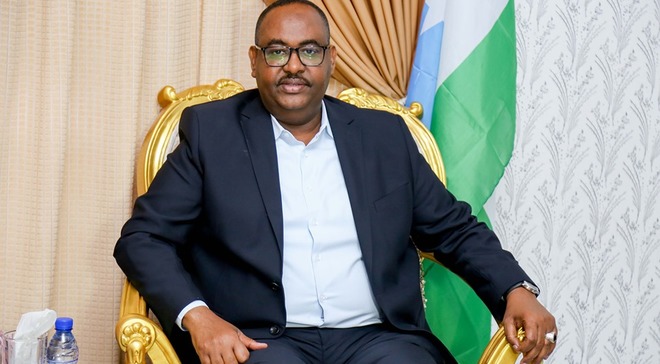 GAROWE, Puntland - Newly approved Petroleum Law is unconstitutional and should be discarded for the sake of national unity, Puntland President Said Deni has said, adding that "we were not consulted".

Somalia's Upper House (Senate) on Monday approved the bill almost in a unanimous decision, paving way for exploration of oil and gas.

The Lower House had also approved the bill last year, terming the move as "new dawn to our country" in what is projected to revamp Mogadishu's economy.

For years, Somalia has not invested in the exploration of the natural resources due to frequent Al-Shabaab attacks and inter-clan conflicts, Reuters reported.

Said Deni, the Puntland President, set the pace for other regional governments on Thursday when he dismissed the law for lack of consultation.

Deni, who was celebrating his first anniversary as leader of the semi-autonomous region, termed the law "unconstitutional and divisive".

The new law, he said, violates article 44 of the provisional constitution of Somalia which suggests that sharing of resources should involve stakeholders.

He said: "The law as approved remains unconstitutional. There was no consultation and dialogue as envisaged in the Constitution."

President Deni accused the Federal Government of a deliberate scheme to undermine state governments in the entire process.

The Federal Government, he argued, was acting against a "deal it reached with regional states in June 2018 which clarifies the ownership, management, and share of the natural resources in Somalia".

Both Puntland and Somalia's constitutions recognize the sharing of the country's natural resources in a systematic manner.

The 54th article of the Puntland constitution stipulates the natural resources of Puntland "belongs to its people and the FGS is only responsible for preservation and control".

But the new law, Deni said, "contradicts the constitution of Puntland since the 5th article gives FGS full ownership of the resources."

Puntland senators walked out of chambers during the stormy session on the controversial law, Mohamud Mashruc said.

Puntland, he argued, "will not accept this law as long as it excludes the Federal States from the signing of the oil and gas licensing round".

Mashruc, who is the deputy chair of the Senate Committee on Natural Resources, said: "the law was to be jointly passed by Parliament and regional assemblies".

The Puntland also asked President Mohamed Farmajo to consider resignation for the sake of peace and tranquility.

Somalia's Ministry of Petroleum and Mineral Resources had said promised to announce in December when it plans to launch the bid process in 2020.

“We are presenting up to 15 blocks,” Minister of Petroleum and Mineral Resources Abdirashid Mohamed Ahmed told Reuters on the sidelines of an African oil and gas conference in Cape Town.

He added that international naval blockades had almost totally eradicated offshore piracy at the former hotspot for maritime hijackings.

“For the past decade or so there has not been one casualty of piracy, so offshore is safe to invest.”

The gas, he said, would help to restore the economy of the fragile nation through the creation of jobs to the impoverished youthful population.

For three decades now, Somalia has struggled to make use of her resources due to internal feuds that have derailed unity calls.

Already, ExxonMobil and Shell companies have paid $1.7 billion for a number of oil deposits. The fields were leased for 30 years, Reuters revealed.

But the auctioned oil and gas deposits exclude the disputed area between Somalia and Kenya along the Indian Ocean coastline, Ahmed said.

The two countries are facing each other at the International Court of Justice at the Hague. Hearing is scheduled for June 2020.

Efforts by Kenya to broker out of court settlement failed after Farmajo insisted that the matter "can only be solved by ICJ as a neutral arbiter".