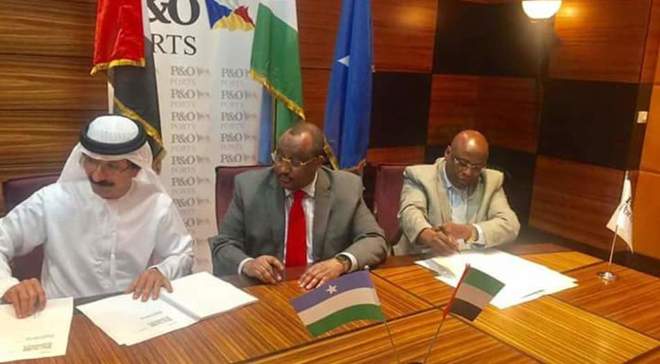 According to the agreement, P&O has won a 30-year concession for the management and development of a multi-purpose port project at Bosaso. The approximate investment for the modern multi-purpose facility will be $ 336 Million divided into two phase. " $ 136 Million in the first phase and $ 200 in the second phase," read the statement.

The project will involve building a 450m quay and 5 hectare back up area. There will also be major investment in an IT and Terminal Operating System (TOS), mobile harbor cranes and container handling equipment.


It’s noteworthy that DP World, a Dubai-based firm has acquired similar deals in the Horn of Africa, as last year Somaliland Administration has signed $442 million agreement with DP World to  modernize and manage Barbara’s cargo port for 25 years. DP World is one of the largest marine terminals operators and it has portfolio of more than 70 marine terminals across six continents.

Bosaso Port is the commercial hub of Puntland region, located 2000 km north of the Somali capital Mogadishu,. It occupies a strategic location for maritime transport in the Gulf of Aden at the Southern approach to the Red Sea and Indian Ocean.