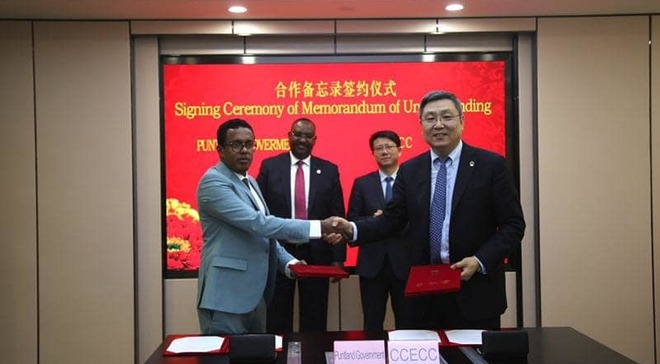 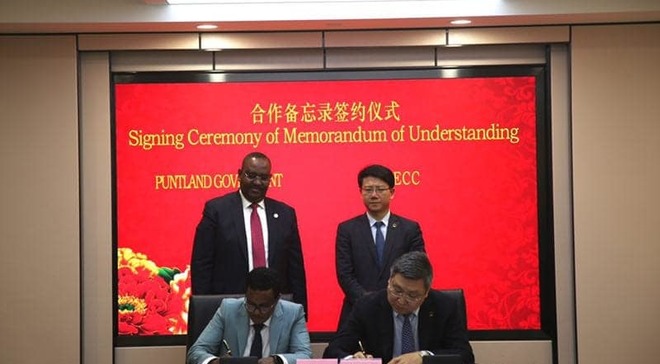 The China-based company has previously carried out various vital development projects in Somalia’s northeastern Federal State, including airports in Bosaso and Galkayo as well as the Eyl-Dangorayo road.

On his trip to China, the president is accompanied by the Ministers of Aviation, Fisheries, Trade and Energy who were present at the meeting with CCECC officials and the subsequent signing of the (MoU).

The signing ceremony followed their meeting in the capital city.

Farah Awash, Puntland’s Minister of Fisheries and Marine Resources has inked the agreement with the CCECC head in the presence of President Deni and CCECC chairman.

The project aims at elevating Puntland economy through the export of fish products and creates much-needed jobs for the local population, the state Presidency said in a statement on Friday.

The latest deal inked will further boost Puntland’s relations with China which supports its companies to participate in the Somali Federal State's airport, seaport and road projects.

President Deni who was elected as president in January 2019, had promised in his election campaign to boost trade and investment in Puntland that has enjoyed peace and stability compared to southern Somalia.