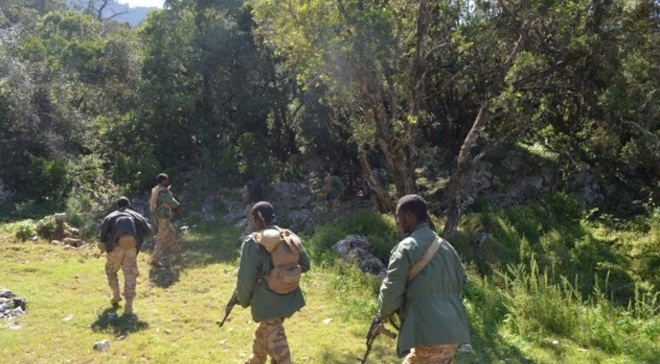 The attack took place at Balli Khadar area, after heavily armed militants launched an ambush against a military vehicle travelling from the port city of Bosaso, and en route to Galgala, a hotbed of Al shabaab.

A civilian woman was among the dead, according to the security officials, adding the the dead bodies of those killed in the raid had been taken to Bosaso city, the regional capital of Bari province, for burial.

Al-Shabaab has claimed responsibility for the attack through a statement posted on its affiliated websites, saying it killed 4 soldiers, including senior officer indentified as Abshir Dheere.

The vehicle, which has been ferrying military logistics and 7 soldiers came under Al shabaab ambush at Ballo Khadar locality, while heading to a military base in Galgala hills, source said.

Puntland government is yet to release its own statement concerning the attack, that was the latest in a series of Al shabaab raids against the regional forces since last year, 2016.

Last June, up to 35 soldiers and civilians have been killed after Islamists stormed Puntland army camp in Af Urur, near Galgala, one of deadliest raids on the State security forces.

In September, at least 12 people, including five soldiers died in a land mine blast at a busy Khat market in the same area, as the local residents were celebrating Eid al-Adha.

Puntland faces security threat from militant groups, including a faction of Islamic State-linked fighters based eastern Bari region, who split from Al-Shabaab, due to lack of pay for the army.