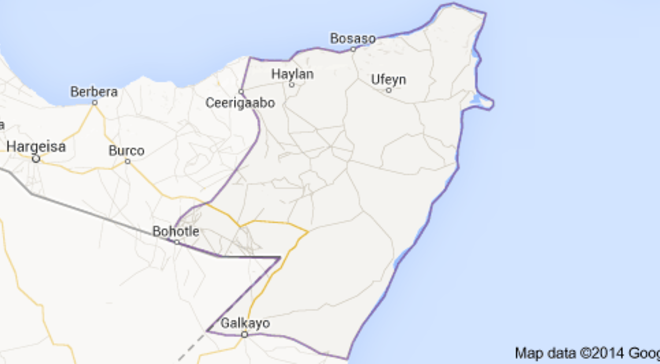 Speaking to reporters during a press conference shortly after the cabinet meet, President Gaas declared that his administration strongly opposes an autonomous state consisting of Mudug and Galgaduud regions.

"Having reviewed the agreement that led to the formation of administration in central Somalia, having considered Provisional Federal Constitution," said Puntland leader.

Continuing, he further noted:"Puntland government opposes the deal which encourages the formation of new administration in central Somalia because it runs counter to constitution. Puntland government expresses dismay over the participation of international envoys in an agreement that went beyond clauses and articles in the Federal constitution".

"Puntland regards the endorsement of unconstitutional move by Somali leaders as the most unfortunate," added Puntland president.

"Puntland government fully suspends cooperation with Somalia Federal Government and at the same time calls on parliamentarians as well as ministers who hail from Puntland to return to the state within fifteen days," he said.

Moreover, President Gaas urged Asho Gelle Dirie, the chairman of Constitutional Review Commission to arrive back in Puntland and abide by government stance.

Former Puntland President Dr. Abdirahman Mohamed Farole cut off ties with Mogadishu-based federal government after dispute over Provisional Federal Constitution (PFC) which contains articles that have been tampered with and foreign aid in August 2013.Thus far it is unclear whether President Gaas restored the strained relations between Puntland and Mogadishu.