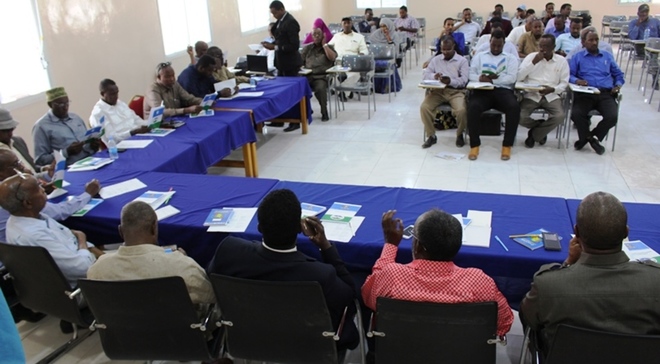 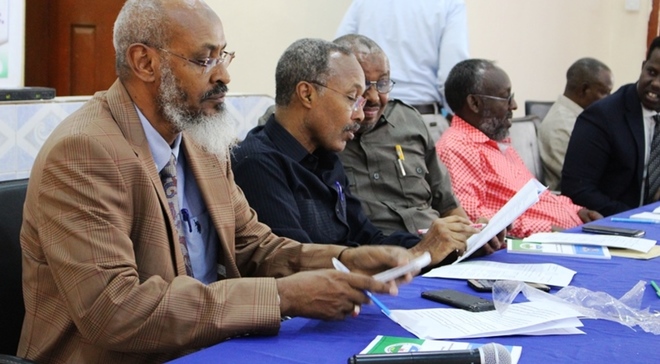 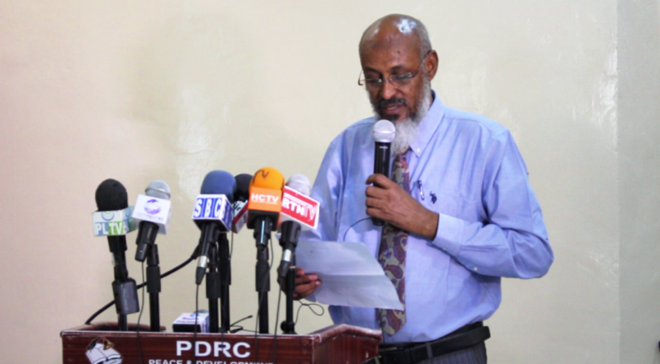 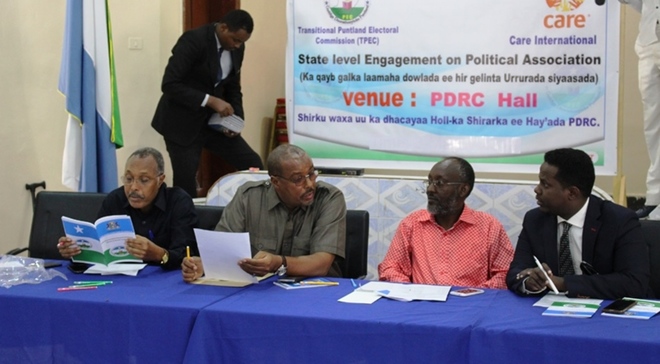 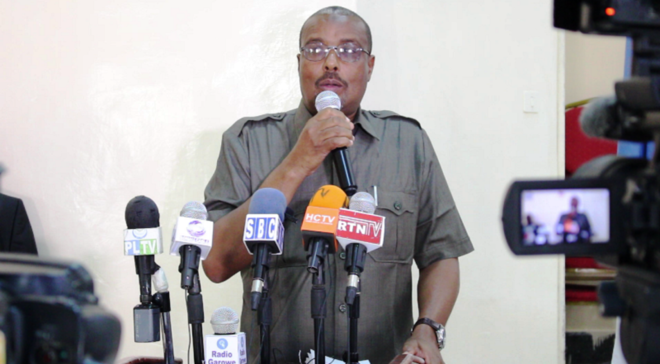 During a meeting in Garowe, the state capital, TPEC displayed 5 registered political parties and said Puntland constitution allows them to hold local Council elections and decide on the three Political parties that will participate in 2019 Elections.

Addressing the audience, including Puntland Ministers, Governors and members of the civil society, TPEC chairman Abdirahman Dirie Samatar said the aim of the meeting was to exhibit their performance and the tasks assigned to the electoral body.

"We have been tasked with the registration of the state Political Parties and carry out public awareness because of the people want to understand our work and sometimes they ask us about the political parties' registration," said Samatar.

TPEC has now registered five Political Parties, namely Umadda, Garsoor, Aaran, Ubax and Himilo which have been awarded temporary certificates that allows them to launch offices Puntland regions, according to the chairperson.

The current Political Parties did not fully meet all conditions, doubting the possibility of “one person, one vote polls” by 2019 as the five-year term of Puntland President, Abdiweli Mohamed Ali "Gaas" ends the beginning of next year.

President Ali and his government had been blamed for failing to implement the multi-party political system, as part of the democratization process in Puntland which began during former administration led by Abdirahman Farole.

During his term in office as Puntland President, Farole, who is currently a Somali Senator has launched the process of the Political Party System with the aim to ensure the transition from the clan-based form of governance to multi-party politics.

Several Political parties registered during Farole administration did not appear on the list of those announced Saturday by TPEC on Saturday, after having seen that President Ali not serious about the multi-party system in Puntland.

Abdullahi Ali Hersi [Tima-Adde], Puntland's Minister of Interior and local Governments said in his keynote speech at the event they will work with the newly announced Political Parties asking to immediately open offices across the region.

Sources said the incumbent who is seeking a re-election in 2019 and his inner political circle associates feared to open a Political Party as the Public is doubting that the government is capable of delivering its promises amid huge tasks ahead.

Critics accuse the current President Ali and his government of seeking to extend the rule, a move that is contrary to the Constitution which limits the term of both Parliament and the Government for five years.

A government spokesperson who spoke to BBC Somali Service has declined to clearly comment on the accusation, but, said TPEC is in charge of the elections as no sign yet of action on the democratic process.