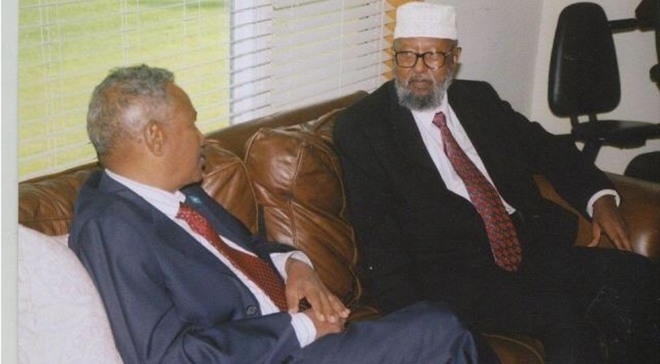 "I offer my sincere condolence to the family, relatives and Somali people at large for the sad demise of General Mohamed Abshir Matan," said Farole during an interview with Radio Garowe (RG) on Thursday.

Senator Farole prayed to Allah Almighty to bestow his mercy on the late General whom he described as 'a man of great integrity' and praised him for his relentless efforts to peace and support the people of Somalia.

General Mohamed Abshir Muse has served for nine years as the first commander of Somali Police Force from 1958 to early 1969 until the Military coup of Gen Mohamed Siad Barre, who was overthrown by Warlords in 1991.

Late Muse was promoted to the rank of General of the Army in his 30s after receiving training in Italy.

Farmajo's term expired on Feb 8 with that of parliament also lapsing last December, a move that has been raising legitimacy questions of both the executive and the assembly