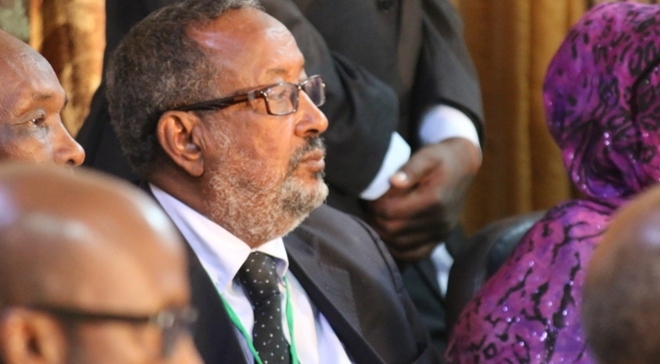 In a special interview with Radio Garowe (RG), Senator Juile highlighted about the recent rift between Gulf countries, which led Arab coalition led by Saudi Arabia, UAE and Egypt to cut ties with Qatar accusing it of funding extremist groups that stabilize the region.

“I believe Somalia should reverse the decision, it’s not in our interest to stand neutral, UAE is an important ally in the fight against terrorism in Somalia, it support more than 1000 forces in Bosaso, also carry out military training in Mogadishu and our businessmen are connected to Dubai, UAE,” Jurile told RG.

“On the other hand, you got Saudi Arabia that is the biggest market for our livestock export business.”

Asked about the diplomatic consequence if Somalia severed ties with Qatar, Jurile said; “Qatar doesn’t support us in the security sector, therefore we not afraid of that, they provide financial support and implement projects that the country needs, but we will lose a lot if we don’t support the Saudi-led coalition.”

Senator Jurile expressed concerns if Somalia maintained its decision and stand neutral in the Gulf crisis, which could prompt Saudi Arabia and UAE to stop financial support and worsen the relationships.

He revealed that the Speaker of the Senate held consultative meetings with Somali President Mohamed Abdulahi Mohamed Farmajo to deliberate more about effect of Gulf crisis on the country.

On the other, a regional political analyst and former Director of Puntland Maritime Police Forces (PMPF) Mohamed Abdirahman Farole, supported Saudi Arabia-UAE decision to cut ties with Qatar, saying the latter is accused of supporting Islamist groups and host figures that are considered threat to the interests of its neighbors.