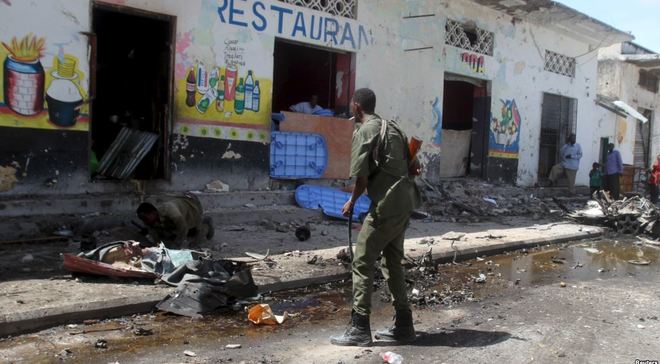 The suicide bomber ripped through a teashop frequented by key figures according to security and medical sources.

Puntland government has yet to release further details on the blast.