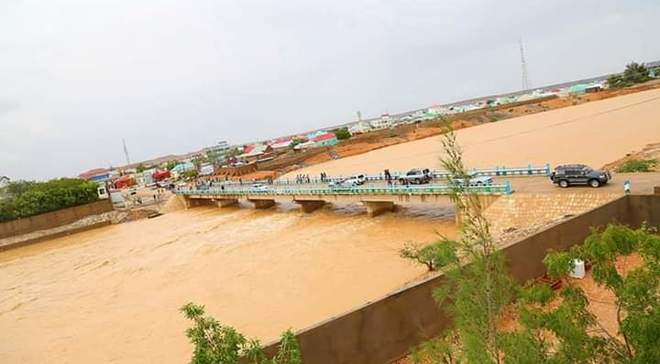 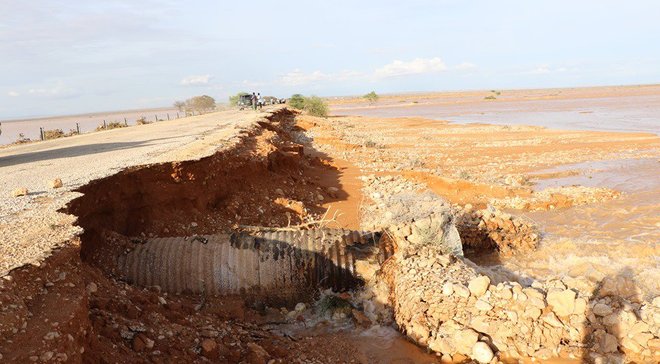 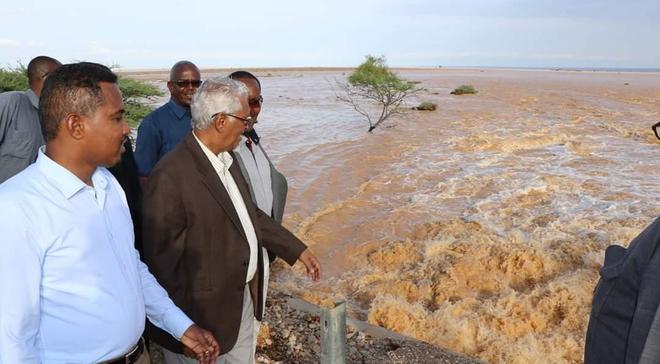 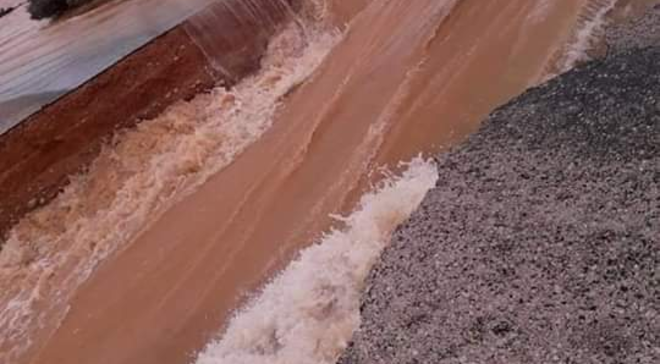 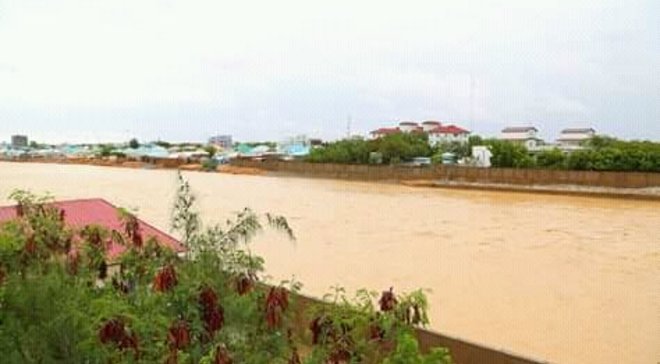 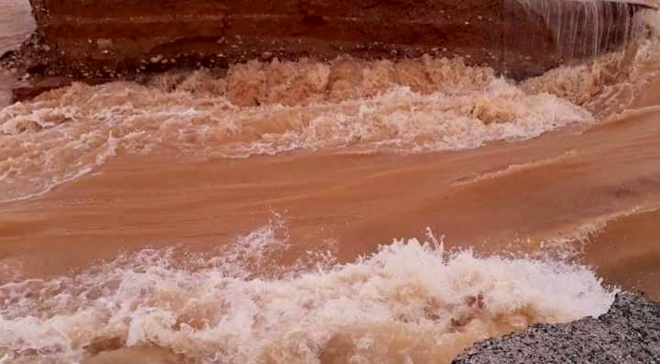 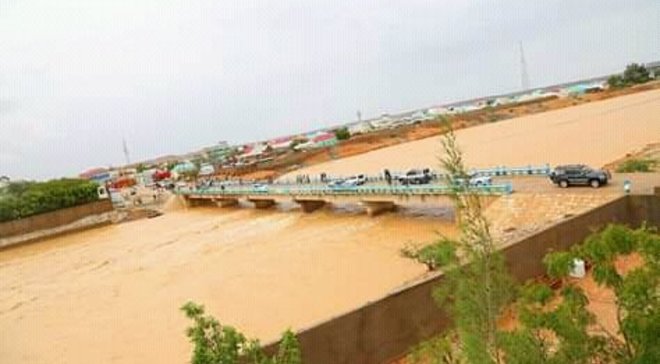 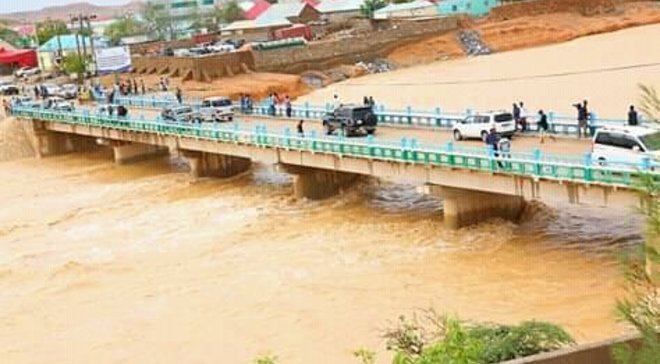 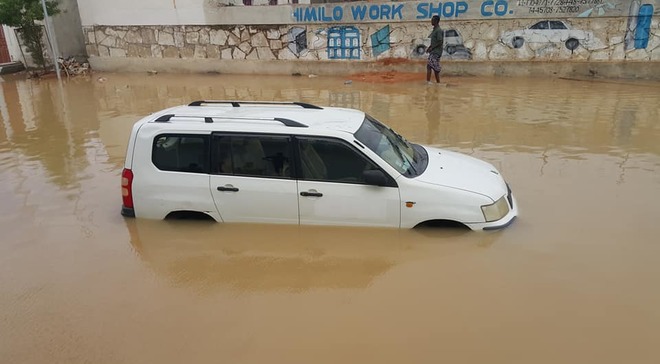 In Nugaal province, three members of the same family were reported to have lost their lives after being swept away by flash floods following Friday night heavy rains experienced in Haji Khayre locality.

The torrential rain and the subsequent flooding wreaked havoc in several parts of Puntland, destroying main roads, including the life-line tarmac highway that linking the state capital, Garowe to Bosaso port city.

The vital trade corridor split into two near Sinujiif village in Nugaal region and the floodwaters in Garowe city were enough to almost cover vehicles and currents were strong enough to carry them away.

The regional capital had received the heaviest and the longest continued rain in recent history on Friday night that continued until the next day.

The Vice President of Puntland, Ahmed Elmi Osman "Karaash” toured the flood-hit areas outside Garowe before he has assigned a ministerial committee to assess the scale of the havoc and report back.

Local authorities made an urgent appeal to help the victims after the floods have resulted in huge livestock losses in some areas, displacement of communities and disruption of livelihoods.