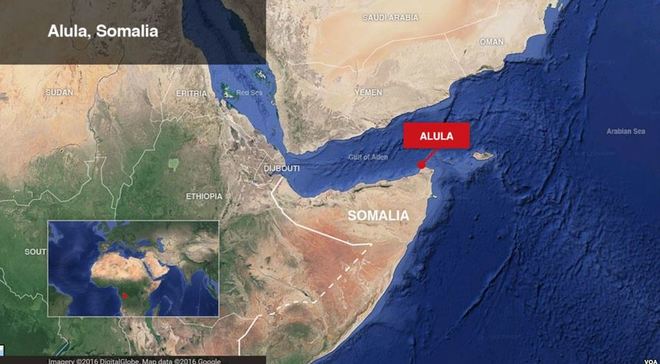 A witness in Haabo area, told Radio Garowe (RG), that the fighters jets targeted Af-kala-haye, about 24Km away from Alula in Gardafu region, without causing casualties on civilians living in the area.

The local residents expressed shock and alarmed after discovering Shell casings littered the streets of the district following the Airstrike carried out by extremely Low-Flying unknown Military planes.

The situation is now calm and the villagers suspect the military aircraft was hunting pro-ISIL militants, according to Mohammed Yusuf Mohammed, an elder in Haab who contacted the locals after the fire.

Speaking to GO, Mohammed said the jets could have opened fire on something thought to be a whale that was visible on the coast. There were no any people killed or wounded in the shelling, he added.

When asked about reason behind the attack on Afkala-haye, he replied: I did not hear a fear of any possible raid. The situation is calm and peace. The people shocked aerial attack by the fighter jet."

Puntland government did not comment on the incident, but Alula Governor, who is currently in Bossaso, told GO that Gardafu admin denied reports of attack occurred between Habo and Alula.