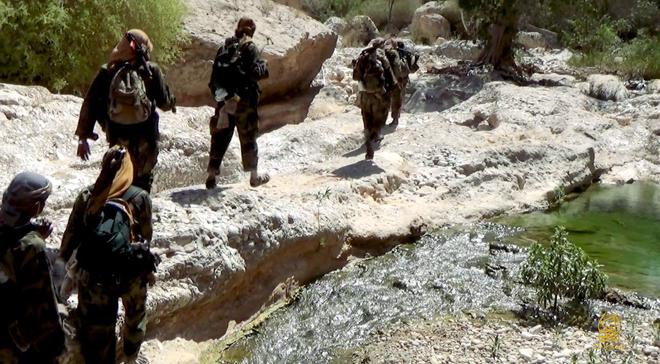 MOGADISHU, Somalia - The U.S. military said on Monday it had killed 27 militants after launching an airstrike in Somalia against Al-Shabaab, an Islamist group allied with al Qaeda, Garowe Online reports.

The U.S. Africa Command (AFRICOM) which oversees military operations on the continent said in a statement that the strike took place last Saturday, June 2 in an area, about 26 miles southwest of Bosaso, the commercial city of Somalia's northern Puntland state.

"In coordination with the Federal Government of Somalia, US Forces conducted an airstrike targeting Al-Shabaab approximately 26 miles southwest of Bosaso, Somalia on June 2, killing 27 terrorists," read the statement in part.

The U.S. military assesses that no civilians were killed in Saturday’s strike, which coincides with a deadly Al-Shabaab attack on a major military base belonging to Puntland security forces in Balli-Khadar area located in Galgala hills.

Al-Shabaab said it killed at least seven Puntland soldiers in the overnight base attack, a claim that the state security officials have rejected as "baseless."

The regional authorities said more than 41 Al-Shabab fighters were killed and dozens escaped with injuries following an offensive in Maraje area in Al-Madow Mountains in response to the latest terrorist attack against PMPF camp.

Formed in 2011, Puntland Maritime Police Force [PMPF] has been instrumental in Puntland's fight against extremist groups, including pro-Islamic State faction and pirates in the coastal areas of Bari region, northeast of Somalia.

The United States has faced accusations in recent months of killing civilians in joint operations with Somali forces against al-Shabaab hideouts in Lower Shabelle region, south of the country.