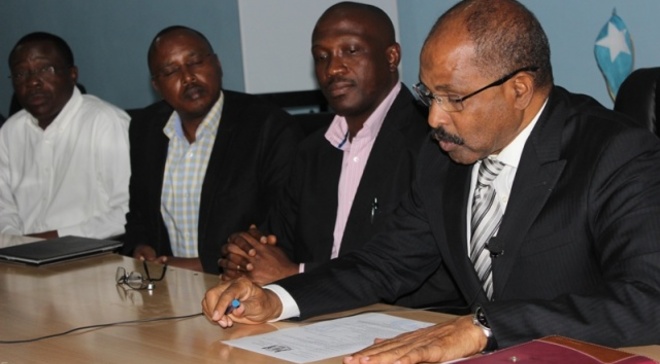 Speaking at a joint press conference with Puntland’s Minister for Finance Shire Haji Farah in the state capital of Garowe on Tuesday, Winston Cole-Senior Financial Management Specialist at World Bank-unveiled that the international monetary body will provide capacity building assistance and a credit totaling USD 1.5 million with Puntland at the beginning of 2015.

“Unconfirmed but credible information points to the low morale of the Puntland Security Forces since President Abdiweli’s election in January 2014, with senior security officials claiming financial mismanagement in terms of unpaid salaries,” the UN report alleged.

Puntland, located in northern Somalia escaped the country’s bloodiest internal strife, and is held up as a role model when it comes to the loose federalization process.