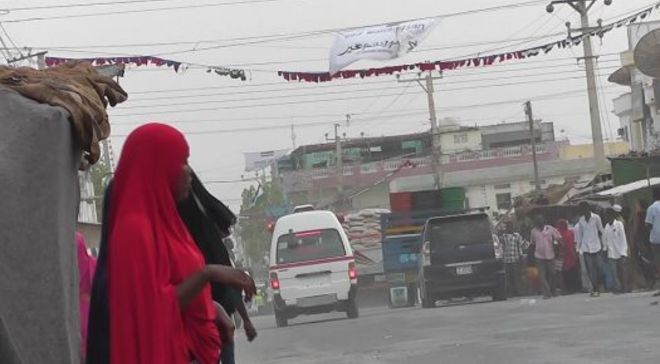 nland Revenue head named as Mohamud Haji Saleban and some of his security guards were standing next to him when the suicide bomber detonated explosive devices.

African Union peacekeepers alongside Somali National Army flushed the militants out of string of strategic towns in southern and central Somalia.