Three militants killed in fresh US airstrike in Somalia 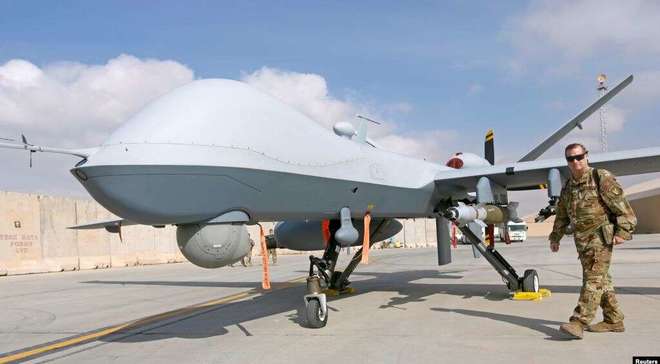 MOGADISHU, Somalia — The United States military said on Monday, May 27 it had killed three fighters with the Al-Shabab extremist group in an airstrike in northeastern Somalia, Garowe Online reports.

In a statement, the U.S. Africa Command [AFRICOM] said the drone attack targeting militants was conducted in the Golis Mountains, located in Bari region of Somalia's Puntland state, on May 26, 2019.

The area is a known area for terrorist camps and ongoing fighting between the rival Al-Shabab and Islamic State-affiliated Islamists who pose threat to Puntland security.

This is the sixth airstrike against ISIS-Somalia and al-Shabaab in Puntland since last month.

AFRICOM added that it assessed no civilians were injured or killed as a result of this airstrike against Afric's deadliest militant group still has the ability to strike in the heart of the capital, Mogadishu.

The U.S. has dramatically increased airstrikes against Al-Shabab and ISIL affiliate in the Horn of Africa country since President Donald Trump took office two years ago.

Authorities and experts acknowledge that it will take more than airstrikes to defeat the extremist group, which holds large parts of rural central and southern Somalia.

The group was blamed to be behind the deadliest attack in Somalia’s history, a massive truck bombing that killed well over 700 people and injured hundreds in Mogadishu on 14th October 2017.

The U.S. military is one of several security actors in Somalia, along with a 22,000 multinational African Union mission [AMISOM] that is made up of troops from Kenya, Uganda, Burundi, Djibouti, and Ethiopia.

The United States says it acts in coordination with Somalia’s government, whose military is expected to take over primary responsibility for the country’s security from AMISOM over the next two years.