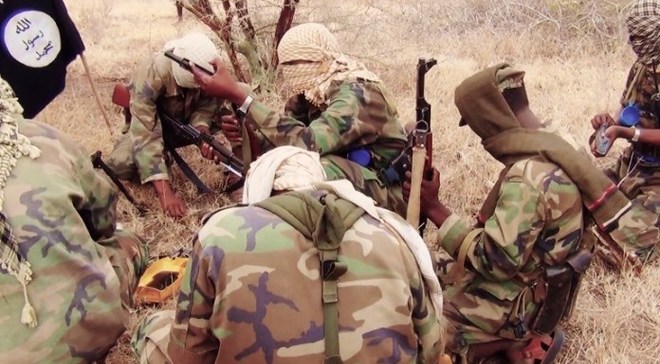 MOGADISHU, Somalia - A former senior Al-Shabaab operative has been killed in Somalia, spy agency NISA sensationally claimed on Tuesday, although the reports could not be independently verified.

Muse Moalim, who coordinated the Al-Shabaab's spy wing, famously known as Amniyat within the capital, Mogadishu, is said to have been killed by the militants at the vicinity of Buale town in Middle Juba region.

According to Fahad Yasin-led NISA, Moalim, who is linked to several sophisticated attacks within Somalia, was executed under unclear circumstances after his arrest in Middle Juba region.

The spy agency said: "Al-Shabaab has executed Muse Moalim, its former intelligence head within Mogadishu. He was killed at Buale town on Monday night."

During the crackdown by the militants, who are keen to retaliate against ex-members, another top former Al-Shabaab operative, Omar Mohamed, who was in charge of intelligence operations within Mogadishu, was arrested, NISA said in a tweet.

Interestingly, the spy agency, which has been under the immense pressure of "laxity" in the fight against Al-Shabaab, reported Moalim' exit from the militant group last month.

Without divulging to finer details, NISA had in February said that Moalim, then a top-ranking Amniyat official, had "resigned from the militant group dealing them a huge blow".

It was not immediately clear why Moalim quit from Al-Shabaab. However, intelligence sources had hinted sharp internal squabbles, which has allegedly led to a mass exodus of senior officials in recent weeks.

Reports indicated that Ahmed Omar, the group's de facto leader since 2015, had expelled senior commanders Mahad Karate and Bashir Qorgab, after fallout over frequent raids in the capital, Mogadishu, which have left several civilians dead.

Although NISA claimed the two were against civilian deaths thus their ex-communication, Al-Shabaab insisted that "they were kicked out for failing to protect civilians" in a press release published by its affiliate website.

Moalim's death comes barely a month after Bashir Qorgab was also killed days after being expelled from the group. He died in Saakow town also within Middle Juba, not far from Buale town.

US Africa Command, which leads airstrikes in Somalia, confirmed his death earlier this week, although he succumbed on Feb. 22 together with his wife whom the US described as "a senior Al-Shabaab operative".

The Al-Shabaab militants have been greatly weakened although they have often waged sporadic attacks across East Africa. In October last year, Ahmed Omar accused the US of "killing innocent Muslims" and vowed to take "sweet revenge".

His video was released days to attempted raid at Ballidogle army base which is manned by the US. However, the militants succeeded in raiding Manda Airfield in Kenya in January, which plays home to American soldiers.

Although AFRICOM conceded that "Al-Shabaab caught us unprepared", Gen. Stephen Townsend said last week that Mr. Bashir Qorgab, who died in the airstrike, was the "chief mastermind" of Manda Airfield attack. The US had placed a $5 million bounty on his head.

During his submissions before House Armed Forces committee on Tuesday, Townsend also conceded that Al-Shabaab "is an existential threat", thus, "our frequent airstrikes against them".

Amniyat is the intelligence wing of the Al-Shabaab and is said to have retaken Mogadishu, where the group is said to be taking over business premises for frequent taxation according to a group of businessmen who spoke in Nairobi last month.

The US vowed to help Somalia crush the militants. Currently, there are over 500 US military officers in Somalia with an additional 22,000 peacekeepers from AMISOM.

Since 2008, Al-Shabaab has leftover 4,000 people dead, with innocent civilians being the most affected. There are currently between 5000-7000 active Al-Shabaab fighters, UN reported.