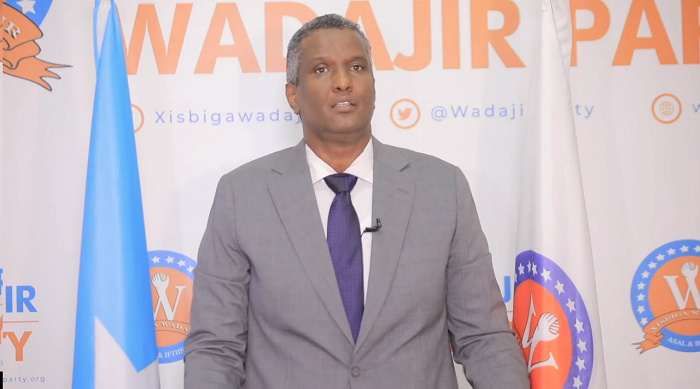 For the last several months, Gedo had played a central role in the conflict between the Federal Government of Somalia and the regional administration of President Ahmed Islam Mohamed Madobe of Jubaland, who has never been in the good books of President Mohamed Abdullahi Farmajo.

The two leaders have been fighting over the control of Gedo with Madobe accusing Farmajo of plotting to impose parallel administration in the region, which is mostly controlled by AMISOM troops from the Kenya Defense Forces [KDF] which controls large sections of Jubaland.

And Warsane, a chief critic of Farmajo, now claims that there are plans to declare the region an "enemy territory" a move which could lead to suspension of elections in Gedo, which are supposed to be held from this month. Somali National Army [SNA] has been wrestling for the region with Jubaland forces.

"We have confirmed information that President Farmajo is pressuring PM Roble to recognize Jubbaland as a region under enemy control and elections can’t be held until its liberation," claimed Warsane, who is one of the top presidential candidates in Somalia's February polls.

"This is a dangerous step tantamount to political assassination. I urge PM Roble not to accept that," added the Wadajir party leader, who was among the 14 presidential candidates who called for the disbandment of the electoral committee that was picked a few weeks ago.

Last week, Madobe vowed to block any elections in Jubaland until the SNA troops are withdrawn besides the federal government of Somalia handing back several administrative regions that were taken away last year. He accused Farmajo of violating the pre-election deal that was signed in September.

The crisis has triggered a diplomatic row between Kenya and Somalia, with the latter accusing the former of working behind the scenes to frustrate internal political efforts in Somalia. But Nairobi, whose troops control large sections of Jubaland, has vehemently denied the claims.