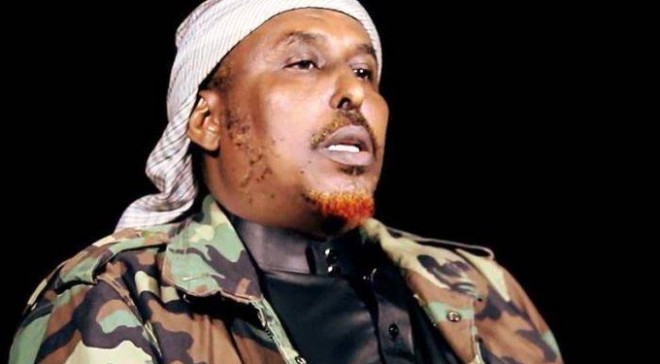 MOGADISHU, Somalia - Somalia-based Al-Qaeda-linked Al-Shabaab militants have threatened to continue targeting prisons around Somalia, a move which is geared towards freeing hundreds of its fighters, who are serving jail terms across the country, having been convicted by authorities.

And on Sunday, the group leaked a purported pre-recorded audio of its former deputy leader Mahad Karate who is also the finance controller, where he threatened further attacks targeting prisons across Somalia.

The move, he notes, would help "free many inmates, some who are facing unsubstantiated charges". It's not clear where he recorded the audio from but the group had on Friday taken responsibility for the Bosaso prison attack, claiming that over 400 people were freed.

While Karate has been embroiled in power tussles with his boss Ahmed Omar alias Abu Ubaydah, he remains an influential figure within the terror group, given that he still controls the powerful finance docket, which literally runs Al-Shabaab activities.

At the United Nations Security Council meeting recently, the US and Somalia had listed the three operatives, who they wanted the United Nations to slap sanctions with, after establishing that they are linked to the terror group, which controls large swathes of rural central and southern Somalia.

The three were Abukar Ali Aden who is the deputy leader; Moallim Ayman, the commander of Jaysh Ayman; and Mahad Karate, ex-deputy leader and a powerful figure. The UN Security Council has since sanctioned the three, including Mahad Karate, a move that was welcomed by the US.

Ambassador Erica Barks-Ruggles, who represents the State Department, hailed the United Nations Security Council for taking such a measure, arguing that the move was an important milestone towards achieving the much-needed stability in Somalia.

"The United States applauds the UNSC for sanctioning al-Shabaab leaders Abukar Ali Adan, Maalim Ayman, and Mahad Karate, individuals responsible for numerous acts of terrorism. This is an important step towards stability, prosperity, and peace for Somalia," she noted.

In a statement before the United Nations Security Council [UNSC] recently, the UN special envoy to Somalia James Swan said the group increased attacks from August 2020 to the beginning of 2021, targeting various strategic points including military bases and various hospitality industries.

"Al-Shabaab continues to pose the primary threat to the security of the country. Al-Shabaab has increased its operational tempo since August 2020, and the beginning of 2021 has seen a new peak in the number of attacks, including more Person-Borne and Vehicle-Borne IEDs, targeting government officials and key figures in Somali society," Swan said in a statement.

But the envoy noted security operations have continued to bore fruits especially in Lower Shabelle, where the group has been enjoying support for a couple of years. The military has managed to liberate several strategic towns across the region, with the US precision strikes also eliminating terrorists in Middle Jubba.

"Important military gains were made by Somali Security Forces backed by AMISOM in the Lower Shabelle region in early 2019 and again in early 2020, and these are now being consolidated to enable further progress against Al Shabaab in other areas," Swan noted. "UNSOS has remained steadfast in delivery of support to AMISOM and eligible Somali forces throughout this period, despite the complications of the COVID pandemic."