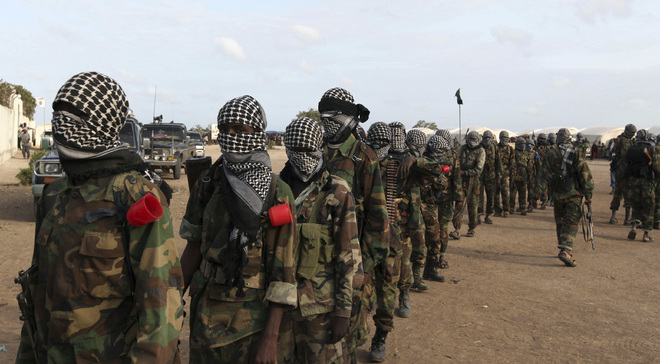 WAJID, Somalia - Somalia-based Al-Shabaab militants have been accused of plotting and executing the murder of seven family members including a pregnant woman, in the latest incident of insecurity within the Horn of Africa nation, where the militants dominate interior parts.

Authorities said that seven family members were murdered in cold blood including four children in what is believed to be an attack instigated by the militants based on the manner in which they waged the onslaught on the victims.

Gunmen struck a remote village in Wajid district in the Bakool region in southwestern Somalia late last Tuesday, before unleashing on the victims but the motive of the attack could not be immediately established by authorities in Somalia.

Since the region is too remote, it was not until Wednesday that authorities could reach there and confirm the attack. County officials are pointing blame at the Somali-based al-Qaeda affiliated al-Shabaab group, who are said to have targeted the family because the father was a federal soldier.

"I extend my deepest condolences to the Somali family for the loss of their lives to Al Shabaab in Wajid District last night," Justice Minister Abdulkadir Mohamed Nur Jama was quoted by the daily Hagaag news in condemning the attack.

“Killing a pregnant mother and children is only possible from the unscrupulous Al Shabaab. I wish the family, relatives and all the people of Wajid patience and faith,” he said.

Several residents in the southwestern area of Somalia were shocked at the attack and demanded justice for the family as they shared photographs from the scene on social media.

The group controls large swathes of rural central and southern Somalia but has been significantly degraded following the ongoing operations. The group, however, can carry small to large scale sporadic attacks across the country and beyond the border.