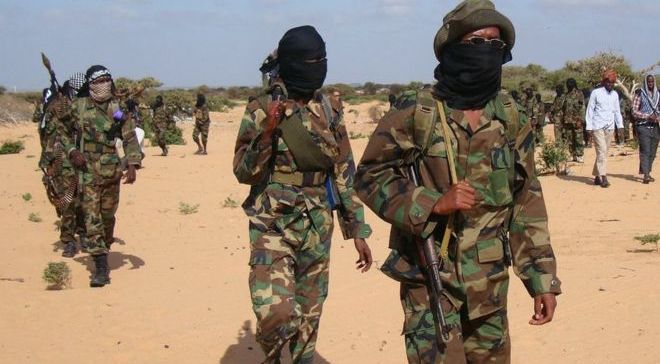 AFMADOW, Somalia - The Al-Qaeda-affiliated Islamist militant Al-Shabaab says its fighters have launched an attack on a Kenyan military base in southern Somalia on Friday night, Garowe Online reports.

An army base run by Kenyan defense Forces [KDF] in Qoqani area near Afmadow town was struck by an ambush assault from different directions with reports that heavy gunfire and explosions could be heard, per Al-Shabaab.

Al-Shabaab, a jihadist group that controls swathes of the Somali countryside, claimed responsibility for the attack, saying they launched rocket-propelled grenades [RGPs] towards the camp and "killed several Kenyan soldiers".

In response to Friday's attack, Kenyan military forces stationed in the outpost fired several mortar shells into the nearby rural areas and bush, although it is not clear who or what they are targeting.

Kenya's ministry of defense has not commented on the latest attack on KDF base outside the Afmadow district in Lower Jubba region, which its control falls under the Jubaland state of Somalia.

If confirmed, this will be the first time that al-Shabab fighters have attacked a Kenyan military base in Somalia this year.

The attack will spur calls in Kenya for a review of its ambitions to stabilize its north-eastern neighbor, where it first sent soldiers in October 2011.

KDF suffered the most deadly attacks by Al-Shabaab militants, who carried out an attack on a Kenyan-run AMISOM army base in the town of El Adde in Gedo region on 15 January 2016, killing hundreds of soldiers.