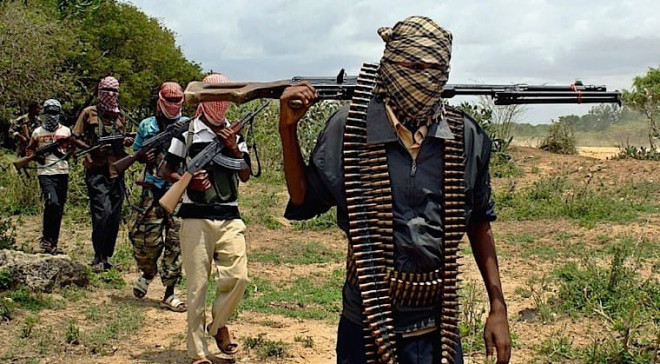 MOGADISHU, Somalia - A contingent of Ugandan People's Defense Forces [UPDF] exited from Marianguwaay Forward Operating Base in Lower Shabelle, handing over the land to the federal government of Somalia, but only for Al-Shabaab militants to take control of the town.

The Ugandan troops who serve in AMISOM were relocated as part of troops realignment to give more effective security to main supply routes and general public areas, the mission said in a statement, Tuesday.

Marianguwaay Forward Operating Base was formed in 2014 to ease movement between Barawe and Marka towns in Lower Shabelle. The exit of the troops effectively meant it was officially closed down and the land handed over to the government.

Brig. General Don Nabasa presided over the exit ceremony on Sunday in presence of Governor of Lower Shabelle, Abdikadir Murshid Sidi, and the Deputy District Commissioner of Barawe, Ibrahim Abdinoor.

“The recently concluded sector commanders conference guided by AMISOM Concept of Operations harmonized several tasks for execution by Sector I, which included the relocation of troops from Marianguwaay Forward operating Base to another area to beef up security. This will enhance operational efficiency as we pursue the AMISOM mandate,” Nabasa said.

“Marianguwaay has been one of the most peaceful areas. I extend my gratitude on behalf of AMISOM and Sector I to the local leaders and the community for cooperating with our troops,” he added.

The governor of Lower Shabelle Abdikadir Murshid Sidi noted that the presence of the AMISOM troops and those from the Somali National Army [SNA] had significantly weakened the Al-Shabaab militants, who had been controlling hives swathes of the southern parts of the country.

“You have helped us reach great milestones. The transfer of security responsibilities from AMISOM to Somali Security Forces is as a result of efforts and sacrifices made by our African brothers in the fight against terrorist group Al-Shabaab,” said Sidi.

Ahead of the relocation, AMISOM troops conducted a cleanup that involved removing structures and leveling the ground to restore the environment in line with AMISOM’s environmental standard operating procedures.

“We have cleaned everywhere to leave the environment the way we found it when establishing this FOB. Now we are set to leave for the next destination,” said the commander of the Uganda Battle Group 31, Colonel Francis Aragamoi.

Since 2014, AMISOM troops have jointly operated in the general area of Marianguwaay, significantly improving the security situation of the area before the need to take up security responsibilities elsewhere in line with the ongoing AMISOM and SNA Reconfiguration Plan and the revised Concept of Operations [CONOPS] 2018-2021.

But the exit of Ugandan troops seems to have left a big gap given that Al-Shabaab militants immediately retook the town after years of being flushed out, sparking debate on the preparedness of the Somali National Army [SNA] which is supposed to take over security responsibilities in the country.

Eyewitnesses said the militants, who are keen to topple the fragile UN-backed Somalia administration, stormed the town moments after the exit of UPDF, further raising their traditional black flag in the town. The town is now under their full control, witnesses added.

Governor Sidi, who had earlier on commended efforts by security forces, seemingly blamed the SNA troops got delaying in moving to the town. According to him, initial arrangements dictated that SNA troops were to report immediately, but they failed to show in time.