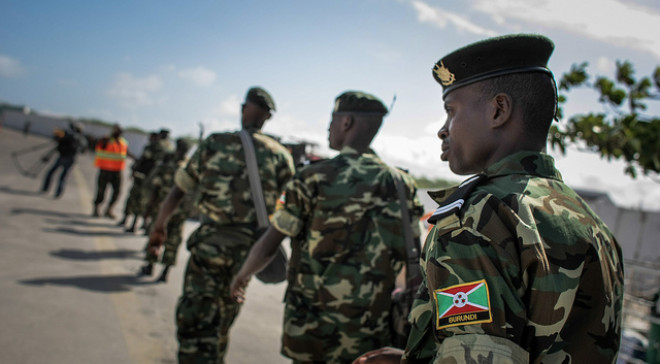 EL-BARAF, Somalia - Somalia-based Al-Qaeda-linked Al-Shabaab militants on Tuesday morning attacked a Forward Operating Base [FOB] manned by the AU Transition Mission in Somalia [ATMIS], reports indicate, in the latest raid which comes days to the presidential election in the country.

The Horn of Africa nation is expected to hold a presidential election in the coming weeks after the successful conclusion of House leadership polls which saw the opposition take control. Aden Sheikh Madobe and Abdi Hashi won speaker seats in the Lower House and Senate respectively.

And according to officials in Middle Shabelle, a region prone to Al-Shabaab attacks, the militants targeted the peacekeepers in one of the frequent attacks that comes months before the African Union officially hand over security responsibilities to the Somali National Army [SNA].

Eyewitnesses say the attack started with large explosions from a suspected suicide car bomb outside the El Baraf Forward Operating Base, which is situated about 160Kms north of Mogadishu, the capital of Somalia.

One of the eyewitnesses told reporters that he was forced to wake up following a massive explosion in the region. The Burundi Defence Forces contingent serving in ATMIS mans the base which came under attack.

Al-Shabaab group, which has since taken responsibility, claimed that it managed to kill 173 ATMIS soldiers working within the vicinity besides injuring tens of others. The militants, however, did not give proof through their proxy media outlets.

"The Mujahideen launched a pre-dawn raid on an ATMIS [African Union Mission]military base in El-Baraf, middle Shabelle region," al Shabaab said. After a fierce firefight, the Mujahideen managed to overrun the base and are now in complete control of the entire military base."

The latest reports suggest that Al-Shabaab seized the base and torched military vehicles belonging to the African Union troops.

So far, the African Union Transition Mission in Somalia is yet to confirm the attack. Should the team confirm the raid, then it will be the worst since the Kulbiyow raid which targeted Kenya Defense Forces [KDF] and left over 70 soldiers dead in 2017.

A year before that, the Al-Shabaab also attacked the KDF base at El-Adde in the Gedo region which also leftover 200 soldiers dead. The government of Kenya, KDF, and ATMIS are yet to issue a public report with regard to what may have transpired on both occasions.