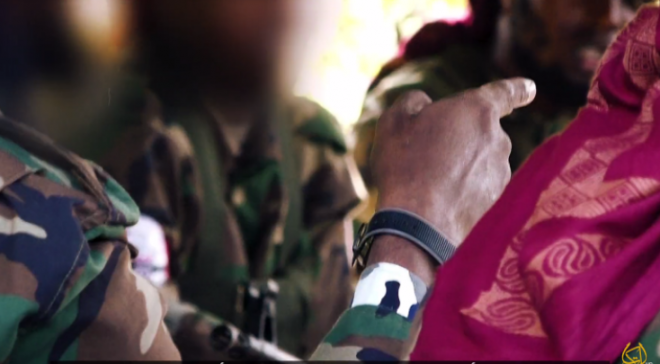 MOGADISHU, Somalia - The Al-Shabaab militants have claimed to have used a drone to film the US Naval Base in Manda, Kenya while waging a sophisticated attack that left at least three people dead, in one of the raids that caught the military unaware, thus leading to increasing surveillance.

In an interview with the Voice of America, one of the planners who has since defected from the group, said the January 5, 2020 attack took months to be organized before it was executed, adding that drones were used to film the airfield during the attack.

During the fateful Sunday morning raid, photos taken showed smoke bellowing at the base as authorities in Kenya took time to confirm what was happening in the area. In fact, the first photos and videos were released by Al-Shabaab media affiliates, confirming the filming claims.

The militants disconnected power to the airfield and raided early morning, catching the military unaware. However, fighting ensued leading to the death of three Americans among them a serviceman, who had been deployed in the station for few months.

It's this attack that informed alertness and frequent visits of the US Africa Command boss General Stephen Townsend to the East Africa region as the US retreated to find a strategy of degrading the militants. At least five Al-Shabaab militants were killed during the encounter.

A few weeks ago, the Al-Shabaab released names of those who participated in the attack, the first against a US military base in East Africa. Most of them were foreign nationals and are said to have belonged to the group of Aminayat, the intelligence team that also compromises of those serving in the Explosives Department.

The Al-Shabaab paid tributes to them as "heroes" during the Manda Airfield first anniversary and vowed to "crush" Americans from the region. But since the attack, the US shifted the war to Somalia and through several drone strikes, it managed the kill a number of those believed to have been responsible for the attack.

The defector who was interviewed by the Voice of America said that he had feared weeks before the attack the Al-Shabaab was planning to dispatch suicide drones to attack her targets. Besides the deaths, the US military also had her equipment destroyed by the militants to a significant extent.