Al-Shabaab commanders killed in Somalia after US troops pull out 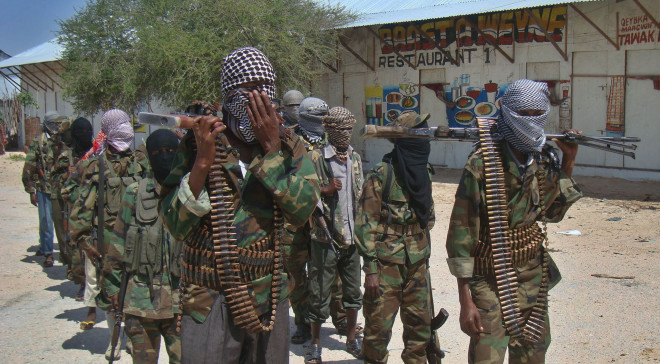 MOGADISHU, Somalia - An unknown number of senior Al-Shabaab commanders were killed in Somalia, impeccable sources from the Somali army have disclosed, in what could be a defining moment in the fight against the militants, who have been wreaking havoc in the country.

According to military sources, the US Africa Command launched another airstrike in the vicinity of the Hudur town which is the regional administrative capital of the Bakool region, leaving several Al-Shabaab commanders dead during the encounter.

The commanders, sources said, have been, have been on the radar of the US military and Friday marked the end of months of tracking them before unleashing, leading to their instant deaths. Their names are yet to be published but military sources termed the incident "major victory".

AFRICOM, which is responsible for such airstrikes, is yet to release a statement to confirm the incident but once confirmed, this will be the seventh airstrike targeting Al-Shabaab this year in Somalia. The command usually notifies the public after thorough verification.

The US Africa Command has been working closely with the Somali National Army [SNA] and the African Union Mission Forces in Somalia in their bid to degrade the Al-Shabaab within Somalia and the tactic seems to be paying off according to the Command.

Last week, the commander of AFRICOM General Stephen Townsend concluded his trip to East Africa which saw him visit Kenya, Somalia, and Djibouti. His trip came days after the US formally withdrew from Somalia, repositioning troops elsewhere within East Africa.

Al-Shabaab still controls large swathes of rural central and southern Somalia, but they have substantially lost grip of strategic towns following multi-agency security operations. The militants are seeking to overthrow the government of Somalia, which is being backed by the United Nations.