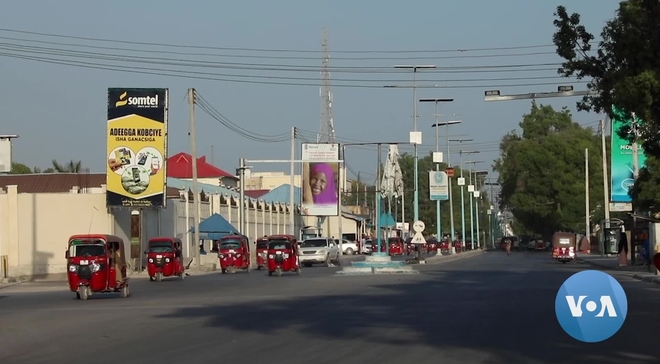 MOGADISHU, Somalia - Al-Qaida linked Al-Shabaab militants dismembered CCTV cameras in the capital, Mogadishu for the second time in as many months, reports indicate, in the latest rampage against progressive technology in Somalia.

In yet another devastating attack, the militants unleashed explosives on the surveillance cameras, targeting the busy Dabka junction and Wehliye hotel, residents said.

The Thursday morning raid could deplete taxpayers, given the commitment by the federal government to increase surveillance as part of promoting upscaled security within the capital and its environs.

Due to their strategic positioning, Dabka and Maka Al-Mukarama junctions are soft targets for the militants, whose slow return to the capital is causing mayhem and chaos, after years of relative peace.

Although the recent damage is said to be minimal, millions of taxpayers' money are used for repairs. CCTV cameras were installed last year to among others, monitor security situation and traffic in Mogadishu, officials said.

In January, the suspected terrorists also raided Dabka and Maka Al-Mukarama, where they destroyed CCTV cameras, just a month after re-installation. It was the second time they were targeting the structures.

Yet, officials in Mogadishu were yet to issue a statement with regard to the most recent incident, whose motive is bare to conceal their dirty activities within the capital, which has at times left many dead.

The National Intelligence Security Agency [NISA] was the brainchild behind the installations, which have after all not been effective in the identification of the Al-Shabaab terrorists.

Some of the areas closed guarded via installations apart from Mogadishu's CBD, including the official residence of President Mohamed Abdullahi Farmajo's Villa Somalia and even the NISA headquarters.

In May last year, residents reported threats from the militants, who warned that "complaints against the destruction of the cameras were unwelcome". Most businesses in the capital have also installed CCTV cameras for security.

Last year in December, the militants unleashed in Mogadishu, killing over 90 people, police said. It was one of the most sophisticated attacks in recent years against civilians.

The militants take advantage of insecurity to collect Zakat from locals, impoverishing them further. There have been reports that they have in recent weeks returned to the capital.

Thursday's vandalism comes amid Coronavirus pandemic scare, in which Somalia has recorded one positive case. Already, the government has set an emergency line for reporting, where locals are asked to use 449 for free.

Al-Shabaab suffered casualties on Monday in their stronghold Janaale, after assault by Somalia National Army [SNA] and AMISOM forces, who liberated the town after an intensive gunfight, authorities said.