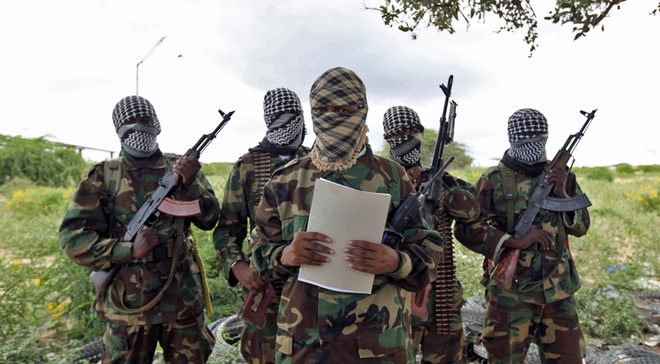 MOGADISHU, Somalia - Islamist militant group, Al-Shabaab, has established a parallel isolation center for Coronavirus patients in Somalia, Associated Press reported, in a move that showcases the group's unbowed resilience to set up a rival government in Somalia.

The decision to establish the center comes almost two months after the United Nations boss Antonio Guitteres urged armed groups to declare a ceasefire and allow the world to "confront" the deadly pandemic, which has left close to 400,000 people dead worldwide.

But in defiance, the group which had warned it's members and those subscribing to its ideologies against "infectious diseases", has continued to wreak havoc in the country, often targeting security forces and innocent civilians.

However, the militants, who control large swathes of rural southern and central Somalia, seemed to have changed tack, and have since started treating the pandemic seriously by setting up an isolation facility. It will serve critical patients, it said in a statement, Friday.

The facility, Al-Shabaab added, has been unveiled in Jilib town, which is considered as it's undisputed headquarters within Middle Juba. A hotline has been also operationalized, to which residents are supposed to reach out whenever there is an emergency.

“I am urging people with the disease symptoms to come to the medical facility and avoid infecting other Muslims,” Sheikh Mohamed Bali, a senior al-Shabab official and a member of the group’s ad hoc COVID-19 response committee, said in a speech broadcast by the extremist group’s radio arm Andalus.

When The Associated Press called al-Shabab’s COVID-19 hotline, a man who answered said the care facility is “open for all people.” However, he declined to say whether they had any virus cases but said the facility — set up in a building that once housed the United Nations children’s agency in Jilib — has all necessary equipment to isolate and treat patients.

To date, Somalia has recorded a total of 2,513 positive cases of COVID-19. Of these cases, data from the ministry of health indicate, 532 have recovered while 85 have since died. The death toll is almost the highest within the Horn of Africa.

With almost a dysfunctional health care system, Somalia has been depending on well-wishers for medical supplies and other essential donations to combat the virus. Turkey, the United Arab Emirates, Qatar, and the United States are some of the countries which have chipped in to help the country.

Initially, the Horn of Africa nation depended on Martini Hospital within the capital, Mogadishu as the only available COVID-19 treatment center, but space has since been expanded, with Africa Union Mission soldiers helping the country to arrest the spread.

Also, various protocols have been imposed, among them the suspension of international and domestic flights, dusk-to-dawn curfew, social distancing, and closure of religious and educational centers. Banadir region, which hosts Mogadishu, is the worst hit with the infections.

Somali health officials have repeatedly warned that areas controlled by al-Shabab in central and southern Somalia could be at high risk for the virus’ spread. The extremist group has resisted assistance from the government and international health organizations in this and past crises including drought.

No information was immediately available about any virus cases in al-Shabab strongholds that remain off-limits for health workers and authorities, or how COVID-19 cases would be confirmed.

The militants have been active in recent weeks, including holding of a 5-day conference in March and a graduation ceremony for Arabic students which took place last month. They were also sighted attending Eid al Fitr celebrations in May in various towns.

But it's their endless violence which has even threatened efforts to combat Coronavirus, with reports indicating that they have been barricading various supply routes in the war-torn nation. Clashes between the militants and government troops have been reported in various regions across Somalia in recent months.

Lower Shebelle and Middle Juba are the worst affected regions. The African Union forces and a contingent of Danab troops from Somalia National Army [SNA] have been engaging the militants across the country, with hundreds of casualties on the Al-Shabaab reported.

On Saturday, Al-Shabaab announced amputation of a man accused of banditry in Kurtunwaarey of Lower Shebelle on Friday, in yet another incident which could spark pressure from human rights organizations. Usually, the right arm and left foot of the victims of such allegations are chopped off.

In a statement, the militants also said they executed two men accused of "working" with the federal government of Somalia in Runirgud, Middle Shebelle region. According to defectors, Al-Shabaab courts often rely on information obtained through torture and forced confession.

The group is said to be working with professionals among them doctors, teachers, engineers, most of them who are either sympathizers or people kidnapped from around the East Africa region. Al-Shabaab doesn't allow suspects to be defended in courts.