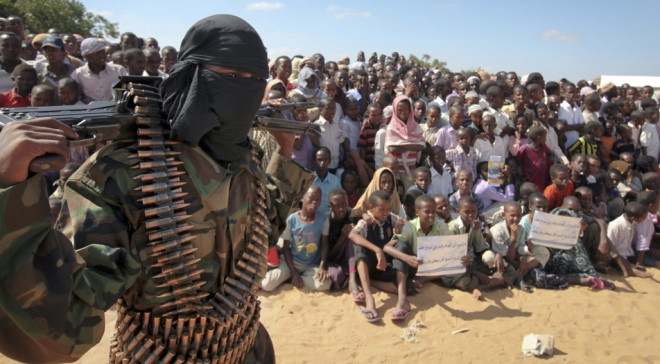 MOGADISHU, Somalia - Somalia-based Al-Shabaab militants on Thursday executed an 83-year-old man for allegedly committing blasphemy after he reportedly "insulted" Prophet Mohamed, who is widely respected in the Islamic religion.

Hassan Tohow Fidow was killed by the militants in Hindhere, Galmadug state, central Somalia, in an incident that has elicited mixed reactions across the country and even among the local residents.

He was convicted by the Al-Shabaab court in a ruling that preceded his execution, Al-Shabaab media reported. The militants have a court system but they do not give people an opportunity to legal aid, something which has been going on for a while.

The court is known to issue unilateral verdicts, locking out evidence from the accused. The outlawed group has executed several people it accuses of spying for Somali and Foreign intelligence agencies in the past.

Historical events of related incidents show that such an act last happened in 2015 within Somalia. The court said the man confessed to insulting the prophet in Hindhere village in the Galgaduud region.

According to the Al-Shabaab judge, anyone who insults the Prophet Muhammad or Allah will face a punishment of death. The group did not give further details about the alleged insult.

Media reports indicate that Fidow was executed by firing squad outside Elbur town, according to an al-Shabaab media. The group had 2015, the group executed Mohamud Mursal Muse for allegedly insulting the Prophet Mohamed.

Al-Shabaab, an al-Qaeda affiliate group had previously executed dozens of people including foreign fighters after the group accused them of espionage, killing, and defection. The group seeks to topple the fragile UN-backed Somalia administration.

Al-Shabaab which once was in control of large swarth territories in the south and central Somalia including the capital was lost many towns to the Somali military following days long fighting with allied forces of the Somali government and the African Union.

The group lost the capital in 2011 after the Somali military drove its fighters out of the town. But it still controls huge sections of Central and Southern Somalia, though the military has been flushing them in strategic places.