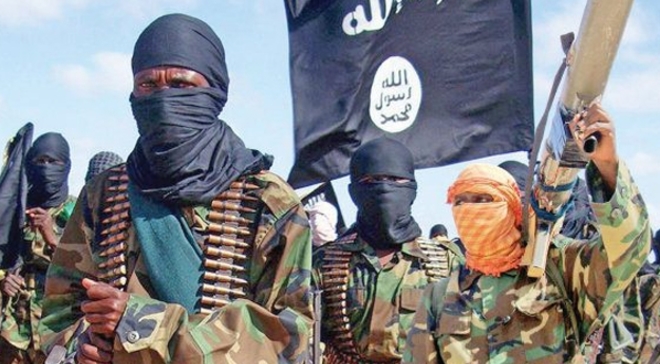 MOGADISHU, Somalia - Somalia-based Al-Shabaab militants have refused to embrace ceasefire amid coronavirus pandemic, the group said in a statement, although it asked all sympathizers to "stay" safe from "infectious" diseases.

The COVID-19 pandemic has almost grounded economic activities across the world, with the death toll hitting 25,000, the highest within a short period, even as scientists rush to discover a vaccine for the virus.

With the world staring at a possible recession, which could culminate into the closure of industries and massive losses of jobs, UN chief Antonio Guterres urged all militants groups to declare a ceasefire, "to allow the world" fight Coronavirus.

But in a recent press statement, Al-Shabaab, an Al-Qaeda linked group, which controls sections of central and southern Somalia, seemed to ignore the quest, thus continuing with its operations with impunity and total disregard of the common humanitarian empathy.

However, the group urged Muslim society to "take action against infectious diseases that are on increase such as Coronavirus and HIV" in a statement released after a five-day conference in an unidentified location.

Interestingly, the militants, who have claimed the lives of more than 4,000 civilians in East Africa, sensationally claimed: "their spread [disesases] is contributed by the crusader forces, who have invaded the country and disbelieving countries that support AMISOM."

There are close to 22,000 AMISOM troops in Somalia, most of them plucked from neighbors Kenya, Ethiopia, and Uganda. The team, which has largely introduced law and order in Somalia, is set to exit the country next year, after fully handing over security protocols to Somali National Army [SNA], officials said.

Al-Shabaab's statement was issued after the conclusion of a five-day conference dubbed "Consultative Forum Regarding the Jihad in East Africa" that started on Mar. 13 and brought together tribal elders, scholars and Harakat Mujahedeen, the group said.

Somalia has already confirmed three Coronavirus positive cases with the disease infecting close to 550,000 globally and besides the deaths, over 135,000 have recovered, WHO said in a statement.

After the quest by the UN boss, armed militants including ISIS, Boko Haram, and separatists in Cameroon's anglophone region downed their guns, a move which would enhance the delivery of humanitarian aid.

But Al-Shabaab, which is cash-stripped, has continued with its rampage, with the most recent attacks coming in Mogadishu near Parliament building and Ras Kamboni, where a senior government official was killed this week.

While condemning the wrath from American troops and allied forces, Al-Shabaab also promised to "empower" its sympathizers across the country, to "prosper" economically, the statement added.

"To safeguard the economy of Muslims and their resources, to inspire and encourage domestic produce such as farming, livestock rearing, and Investment," it read.

The group disclosed details of the meeting, which was attended by high profile personalities only after it ended perhaps for fear of endless US airstrikes in their strongholds.

The fatwa was read by Jama Abdisalam, who has been the subject of long-standing rumours of wanting to defect the group. The group has suffered numerous defections in recent weeks, an intelligence report revealed.

For instance, group leader Ahmed Diriye has been at loggerheads with finance controller Mahad Karate, leading to acrimonious fallout in February. They are yet to fix their differences amid escalating US raids.

Since January, the US has waged 31 airstrikes, killing top leaders among them Bashir Qorgab, the chief intelligence officer. Some members are now fleeing from remote villages to urban centers which are deemed secure, UN said.