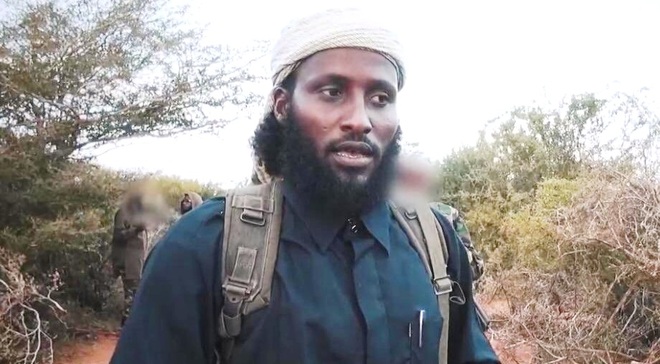 MOGADISHU, Somalia - Somalia-based militants the Al-Shabaab team has for the first time featured one of its notorious commander in a video, in a move that is perhaps geared at show casing their prowess in executing extremism agenda, which they have held for almost 13 years now.

In the video, the Al-Shabaab featured Abdullahi Haji Daud alias Yusuf Haji, over four years after his death in Somalia, and was praised as a "gallant soldier" who worked hard to "fight the enemy". The militants had never spoken publicly about Haji's death since 2016.

The US, which had designed him as a "dangerous" criminal, placed $5 million bounty on his head after going several years without locating him within Somalia. However, he would be killed later in a US-coordinated airstrike in the southern part of the country, ending almost five years of search.

Haji was celebrated in the video by the Al-Shabaab, who threatens to "execute his philosophy despite the death". The militants also termed him as a "victim of "unwarranted" attacks by "foreign solders", adding that "his legacy will not go in vain".

Usually, Al-Shabaab celebrates militants who die from violent confrontations with security forces. Only few of them make to such videos in their memory and the statement is issued when they're about to make a major raid in Somalia, targeting various government officials.

For instance, the group released a video of the current leader, Ahmed Omar Diriye shortly after the Al-Shabaab attack at Balligodle army base. The September 2019 incident was largely a disappointment to them given that the elite Danaab forces managed to repulse the attack.

And since then, the US forces working in Somalia have managed to kill a number of notorious militants including Bashir Qorgab, who was killed in an airstrike conducted on February in southern part of the country. Bashir Qorgab was linked to Al-Shabaab raid at US Naval Base in Kenya early this year.

During the raid, three Americans died prompting a visit by US Africa Command boss General Stephen Townsend to Kenya and Somalia. The top general vowed that the US military, whose workforce is estimated to be around 500 in Somalia, will continue working in the country until stability is gained.

In April, another top Al-Shabaab operative Yusuf Jiis, was also killed in a US-led airstrike. The group is said to be undergoing financial challenges but has often denied the claims despite evidence showing rift between Ahmed Omar Diriye and Financial controller Mahad Karate.