Al-Shabaab fire mortar shells at Burundi base in Somalia 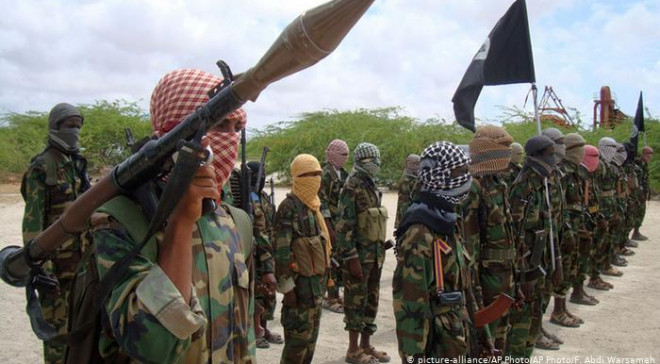 JOWHAR, Somalia - The Al-Shabaab militants fired mortar shells at Burundi troops base in central Somalia on Tuesday night, it has now emerged, in the latest attack targeting security forces in Somalia, a country struggling with instability for the last three decades.

Reports indicate that the militants targeted the military base near Ali Haji in Johwar, the regional administrative capital of HirShabelle, which is located at least 90 kilometers north of Mogadishu, the Somali capital. Casualties still remain sketchy.

The African Union Mission Forces in Somalia are yet to issue a statement with regard to the attack, which comes amid an ongoing crackdown against the militants. The militants have been targeting security forces, government officials, and innocent civilians in their exploits.

It's just last month the militants targeted an Ethiopian National Defense Forces [ENDF] Forward Operating Base in Gedo region before also raiding a Djiboutian base in central Somalia. In both incidents, the AMISOM team did not issue statements with regard to the casualties.

The militants have been losing ground in central and southern Somalia following ongoing operations spearheaded by the Somali National Army, the African Union Mission Forces in Somalia, and the US Africa Command. The operation has led to the liberation of several towns in the country.

Al-Shabaab however, is still able to execute small to large scale sporadic attacks across the country and beyond, something which has worried the international partners. The US Africa Command withdrew from the country last month and repositioned elsewhere in East Africa.

The African Union Mission in Somalia is set to withdraw troops from Somalia in the coming months upon full implementation of the Somali Transition Plan. The plan would see proper equipping of the Somali National Army which will take charge of security responsibilities in the country.