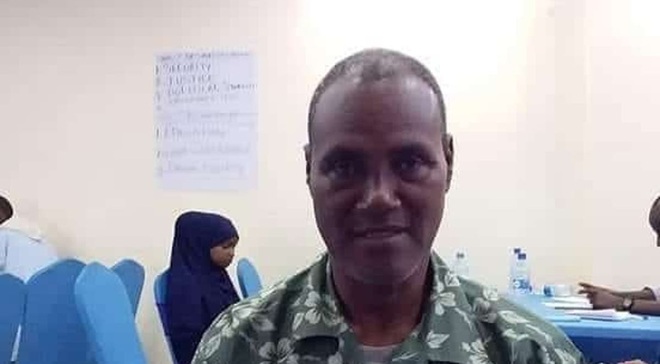 BAIDOA, Somalia - Somalia-based Al-Shabaab militants have claimed responsibility for the fatal shooting of a man living with a disability, who has been chairing the organization of people living with disability in Baidoa, the regional administrative capital of Southwest state.

Sharif Mukhtaar was shot dead by gunmen who later disappeared from the scene, in a brutal attack that has led to condemnation from civil rights groups in Somalia, which accuse the group of targeting innocent civilians in their endless brutality within the war-torn nation.

Al-Shabaab insisted that "we shall continue attacking collaborators, and this is for the sake of defending the people of Somalia from the rogue administration which has meted violence against our people". It termed the operation "successful".

Sources claim that the militants linked the victim to the National Intelligence Security Agency [NISA], adding that he's been feeding the outfit information about their activities, leading to unprecedented crackdown and killing of dozens of militants in Southwest.

But residents of the state denied the claims, adding that Mukhtaar had since defected from the intelligence team contrary to Al-Shabaab's claim. Mukhtaar, they added, has only been working with NISA several decades ago before quitting from service.

The victim who had been using a wheelchair throughout his life, it added, was living in an IDP camp within Baidoa and that the militants killed him at his home in presence of his family. The union said any act of terrorism against people living with a disability is an "attack against humanity".

"On behalf of all people with disabilities in Somalia and Human rights defenders, we strongly condemn this killing of this innocent man who never worked with government entities unless advocating for the rights of individuals with disabilities," the organization said.

Terming his loss as tragic for the people living with disabilities, the union added that Mukhtaar will remain in the hearts of many Somali individuals who are suffering under the unjust society and criminal people who brutally murdered him.

"Any act of terror against people like Mr. Sharif Mukhtar will not hinder our strategy in advocating for the rights of people with disabilities. SODEN will always remain to be the voice of the voiceless in Somalia," read the statement from the organization.

Mr. Sharif Mukhtar has been a long term member of the Somali Disability Empowerment Network [SODEN] for the implementation and the delivery of non-political and non-profit humanitarian aid services for people with disabilities in the Southwest State of Somalia. He served as a lead for people who are in dire need of social justice, added the statement.

"On behalf of the Somali Disability Empowerment Network [SODEN], we are extremely saddened to hear the killing of this Human Rights activist and we express our sincere heartfelt sympathy and condolence to the family members, friends and colleagues of Mr. Sharif Mukhtar. Our prayers are with him and may Allah grant him Jannat Firdausi."

Noting that people living with stability still remain vulnerable in the war-torn nation, SODEN called for urgent investigations by Somali Police Force and NISA, adding that the criminals should be brought to justice.

Al-Shabaab has often targeted security forces, government officials, foreigners, and those believed to be working closely with the government. The group controls large swathes of rural southern and central Somalia but has recently lost several strategic towns to Somali National Army and AMISOM.