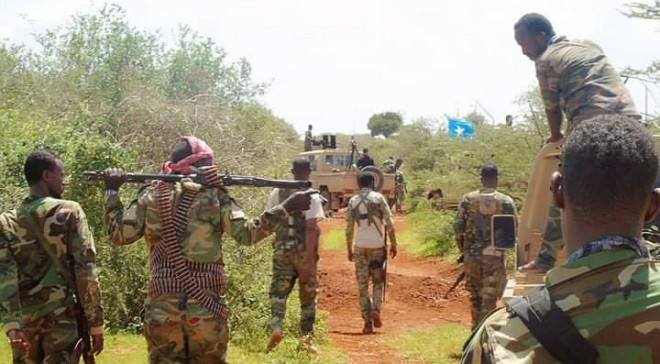 BAIDOA, Somalia - At least 12 Al-Shabaab militants were arrested in Baidoa on Sunday, authorities in the southern city of Somalia have confirmed, adding that the individuals are currently being probed to give more details about their discreet mission.

Baidoa is the regional administrative capital of Southwest state which has been struggling with rising numbers of insurgents, who control large swathes of rural central and southern Somalia.

Mohamud Mohamed Hassan, who is the commander of the intelligence and security agency of Southwest told state media that his forces managed to arrest the terrorist network during the operation.

“We arrested 12 al-Shabab militants in an operation aimed at ensuring the security of Baidoa town in the Bay region. We are committed to safeguarding our people and candidates during the federal parliamentary elections,” Hassan said, adding that the militants were trying to create fear and threat in Baidoa town before they were arrested by the forces.

He added: "We acted swiftly and got hold of them for further interrogation and action. We have established rules that deal with such terrorists and trust me, they will be arraigned in court soonest as prescribed in the rule of law."

The Al-Shabab militants did not comment on the latest security operation in the region but this crackdown comes ahead of parliamentary election in Southwest State, further causing fears that the group may disrupt the exercise.

Al-Shabaab militants have been fighting to topple the fragile UN-backed Somalia administration for over a decade, forcing Somalia to ask for a backup from the African Union and the United Nations. The country is still handling serious instability issues.