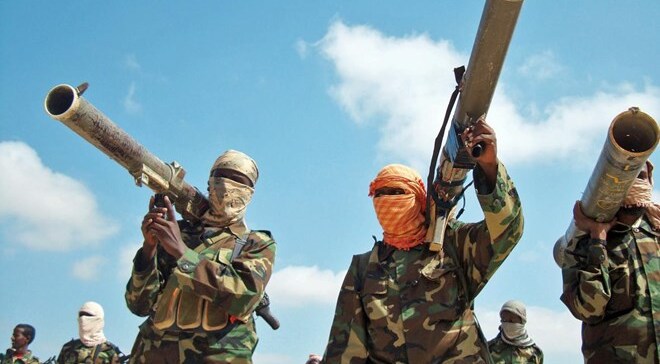 MOGADISHU, Somalia - Dozens of Al-Shabaab militants were on Sunday captured in southern Somalia, state media reported, in a dramatic operation that further restores hope in the capacity of the Somali National Army [SNA], which has since been stamping authority in several parts of the country.

The US-trained Danab forces raided Leego town, about 120 KM south of Mogadishu, the Somali capital, in part of the operation that targeted the militants. State military radio said dozens of militants were arrested during the operation and are now under the custody of the Danab forces.

Those arrested will be grilled by the military before a precise action is taken against them in line with the established law. Usually, they are arraigned in a military court where they are sentenced but in some instances, they are pardoned before being repatriated to the society.

SNA radio said that the operation was carried out by the Danab troops alone, further showcasing the ability to run campaigns and operations without much assistance from foreign mission troops. In most cases, such operations are aided by troops from the AU or the US Africa Command.

For the last couple of months, dozens of Al-Shabaab militants have either been killed or captured across Somalia. Ground combats, reports indicate, have leftover 200 militants dead this year alone, the highest figure within the same period in as many years.

But the airstrikes left some of notorious militants dead among them Bashir Qorgab, who was linked to the recent raid at a US Naval Base in Lamu, Kenya. Also killed were Yusuf Jiis and Abdulkadir Commandos, who were entrusted to run Al-Shabaab activities in Lower Shebelle.

Sunday's success comes barely after the military recaptured a key strategic town Janay Abdalle which is 60 km west of Kismayo, Lower Juba region Southern Somalia from Al-Shabab during an operation.

Government forces have in recent days intensified operations in the southern regions against al-Shabab extremists, who have been hiding in rural areas and conducting ambushes and planting landmines.

Al Shabaab which is linked to Alqaeda was driven out of Mogadishu in late 2011 and is struggling to overthrow the federal government. Al Shabaab wants to impose its strict version of sharia or Islamic law based on their own interpretation across the Horn of Africa state.

The military team has managed to, however, substantially degrade the Al-Shabaab militants in Somalia. The group still controls large swathes of rural southern and central Somalia, something which has triggered ongoing offensive against the militants.