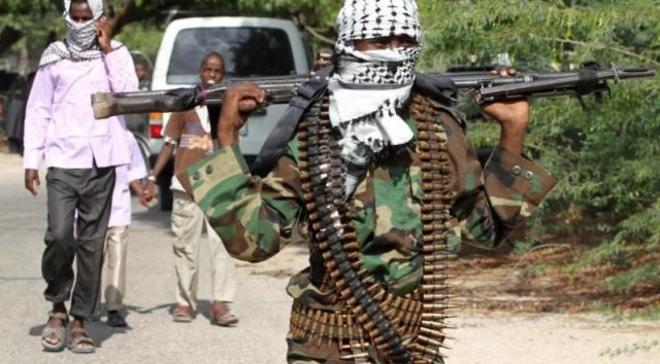 Without delving into many details, the ministry said the aid workers worked with Hirda, a local NGO near Balad-Hawo within the Gedo region.

For years, the Gedo region has remained a notorious hotbed for the Al-Shabaab militants, often used as a recruitment base for the insurgents.

Somali National Army [SNA] and allied forces are yet to liberate the region, which also contributes to a dispute between FGS and Jubaland state.

Among those kidnapped were two women [one serving as a doctor] and their driver, local authorities said, adding that "search and rescue mission is ongoing".

But after the abduction at the troubled town of Balad-Hawo near Kenyan border, the three were taken to El-Adde, the main base for Al-Shabaab in Gedo, officials said.

Multiple sources revealed to Garowe Online that the workers were delivering medical supplies to MCHA in rural areas on the outskirts of the town.

However, authorities are yet to establish the number of militants who participated in the abduction and whether or not anyone was injured.

The abduction took place at Banaaney village, about 7 kilometers from Balad-Hawo town, authorities confirmed, although the motive still remains a mystery.

Gedo region has borne the brunt in the fight against Al-Shabaab and the unending conflict between the federal government and Jubaland administration.

For instance, FGS deployed Haramcad, the special police to Luuq town in Southwest of Gedo on Monday, a move that has further escalated tensions between the two factions.

Non-AMISOM Ethiopian troops, Jubaland leader claimed, had been deployed to the Gedo region to "forcefully take over our territory".

Despite the unending allegations, the FGS is yet to respond to alleged take over with assistance from Ethiopia, although the region remains volatile.

Cases of abductions are not new within the region, with the militants using their victims to "solicit" for ransoms to sustain their illegal activities.

Last year, two doctors based in Kenya's Mandera town were abducted and taken to El-Adde, where they are currently "offering medical aid" to locals according to elders.

The two had been hired by Kenya's ministry of health as part of a medical exchange with the Communist island of Cuba.

"The Kenyan authorities affirmed that both doctors, Assel Herrera and Landy Rodriguez, are well and they will continue their efforts, as well as those carried out by our country, for their safe return to Cuba," Ines Maria Chapman, a Cuban official said.

Elders from Kenya and Somalia are actively involved in the process of brokering a deal with Al-Shabaab to have them released, officials said.

At one time, reports emerged that the militants were asking for $1.5 million as ransom, which was outrightly rejected by Nairobi.

Many military deaths in Gedo

It's in the Gedo region where Kenya Defense Forces [KDF] has also suffered casualties, in their ongoing AMISOM duties.

At El-Adde army base, armed Al-Shabaab militants ran over the camp killing at least 200 soldiers, the highest number since the deployed of troops to Somalia.

The 2016 setback only left few survivors, who featured in the recently released book; The Soldiers Legacy, which outlines successes of KDF.

Names of the aid workers abducted on Sunday are yet to be released and their nationalities but most NGO workers are non-locals.

Besides Al-Shabaab, the region is also the home to several militias, most of them attached to influential politicians in Somalia.