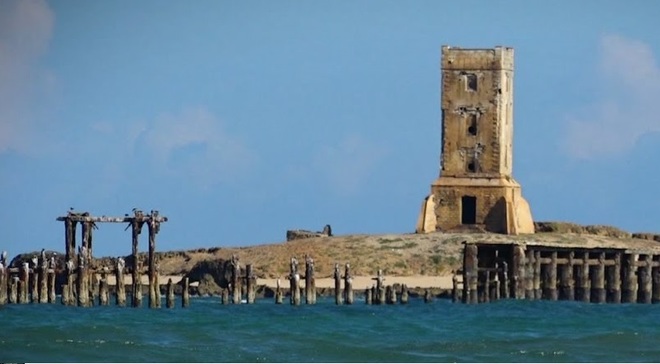 MOGADISHU, Somalia - Two trucks laden with explosives detonated in Barawe town on Friday, authorities confirmed, in an attack which targeted an AU forces base in southern Somalia, a raid that could trigger policy change in war against terrorism.

The attack comes amid calls from the United Nations to have armed militants declare ceasefire, "to allow the world fight Coronavirus pandemic" according to the body's Secretary General Antonio Guitteres.

Multiple sources intimated that two cars laden with explosives were driven by Al-Shabaab militants within Barawe town, with the executors targeting a Ugandan military base, which is located near the recently constructed airport.

But before reaching their destinations, one vehicle detonated outside the base near the airport with another one blowing up within the base, occasioning a devastating destruction on the newly built airport, officials added.

Omar Sheikh Abdi, the regional district commissioner told reporters that "it's quite a devastating attack which targeted an army base. Our team responded swiftly making them to retreat".

"The army flushed the militants and otherwise neutralised the magnitude of the attack. One vehicle detonated outside and another one just near the entry," he added, although he did not reveal the exact number of casualties.

Barawe airport's renovation was completed last year at a cost of $4.5 million, which was funded entirely by the European Union, a major development partner of the cash-stripped federal government.

However, the cost of construction informed recently online criticism when rains washed the runaway, although EU envoy Nicolas Berlanga maintained that "the evaluation and tendering was properly done". The union might be forced to do repairs following Friday's destruction.

Through proxy media, Al-Shabaab took responsibility for the attack saying "our Mujahedeen ran over an enemies base in Barawe, we shall continue protecting our people from aggression". Contrary to previous statements, the group did not however, release the alleged number of fatalities.

Al-Shabaab has often targeted convoys of AMISOM and Somali National Army [SNA] troops in Somalia, using either Improvised Explosive Devices [IEDs] or even open ground combats, which they usually lose.

Friday's ambush comes barely a month after Ugandan troops in AMISOM helped elite forces from SNA to liberate strategic agricultural-rich town of Janaale. Over 140 militants were killed during the battle, with dozens others getting captured in the process, police said.

Both Janaale and Barawe are located in Lower Shebelle, an Al-Shabaab hotbed for several years now. Troops from UPDF have been manning the region since 2010 when the African Union dispatched the contingent to restore peace in Somalia.

It's not clear whether the militants were revenging on the UPDF troops due to Janaale take over, but attacks targeting AMISOM bases are synonymous with the Al-Qaida linked group, which has previously ran over KDF and SNA bases.

Although Somalia is facing Coronavirus pandemic, the militants have violently continued to target security forces, most of them which are involved in the mitigation process against the virus, which has infected a total of 328 people in Somalia to date.

For instance, the US military, which closely works with SNA soldiers and the AMISOM, have temporarily suspended activities in the country, although airstrikes are usually launched to thwart the militants' ability to unleash.

On Thursday, the US declared public health emergency for Djibouti Base Cluster, which is used as its main military base in Africa. Both Somalia and Djibouti have a total of 1,300 infections and 20 deaths from COVID-19.

“This preventive measure factors in our mission responsibilities & the health of our force & Djiboutian partners,” said Turello. “We are doing our part to contain the virus.”

UPDF troops are scheduled to leave AMISOM assignment in 2021 tentatively, before Somali National Army takes over security responsibilities in the country. Proper training is currently ongoing under the supervision of the mission.

Friday's attack also comes barely two days after the militants' had an attempted raid at a KDF base in Jubaland foiled. In February, the militants managed to attack an SNA base, killing almost 25 soldiers, police confirmed.

While the militants can wage small to large scale sporadic attacks within East Africa, it has been significantly degraded, forcing dozens of members to defect to Somalia government. Some have been arrested for interrogation by authorities.