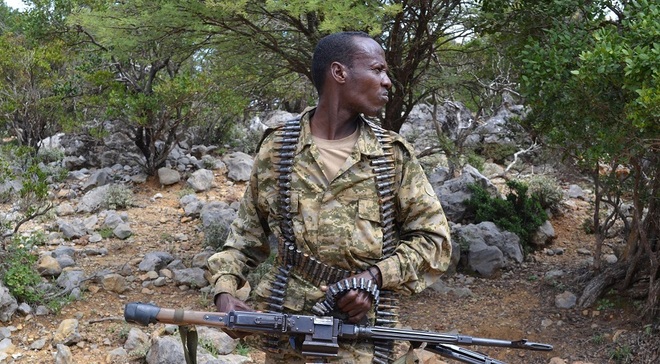 MOGADISHU, Somalia - Al-Shabaab militants recaptured Leego town after brief capture by the Somali National Army [SNA], residents said, in one of the most dramatic incidents which further undermines the authority of the Federal Government of Somalia and probably, the fight against violent extremism.

For over 14 years, the Al-Shabaab militants have been fighting to control the fragile UN-backed Somalia administration, but their activities have been resisted by a rather powerful foreign contingent of troops, mostly from the African Union Mission Forces, who control most parts of Somalia.

The mission troops have been working with the SNA troops with an aim of retaking most parts of Somalia, but the strategy is still yet to work. The militants control huge sections of Central and Southern Somalia, something which still undermines the authority of FGS.

On Tuesday, residents said, the militants stormed the town before flushing out the SNA troops and retaking Leego by force. The town is located at least 100 kilometers Northwest of Mogadishu, which is the Somali capital, with no casualties reported.

The SNA forces had briefly retaken the strategic town but it's not clear why they decided to retreat to the nearby Balligodle Army Base which is controlled by the US Army and the Special Forces from Danab contingent. The base is one of the biggest training centers by the Americans.

Al-Shabaab killed more than 70 African Union soldiers and seized control of their military base on 26 June 2015. A military outpost with around 100 Burundian soldiers was attacked by militants with a car bomb, machine guns, and rocket-propelled grenades.

Despite ceding grounds to the militants, the SNA troops have recently been winning many battles against the Al-Shabaab across the country. A number of towns have been liberated, top Al-Shabaab commanders killed with many also surrounding to the security forces.

Elsewhere, reports also indicate that soldiers attached to the Burundi National Defense Forces killed a mother in front of her children on Tuesday in Burane village near Mahaday town in Middle Shabelle, leading to an outcry from the local community in the region.

The soldiers are said to have been hit by a landmine during the patrol. It's not clear why they killed the young mother, but security forces believe she was an Al-Shabaab operative, something her family members, who now want justice, denied knowledge of.