Al-Shabaab "silent" on death of senior commander in Somalia 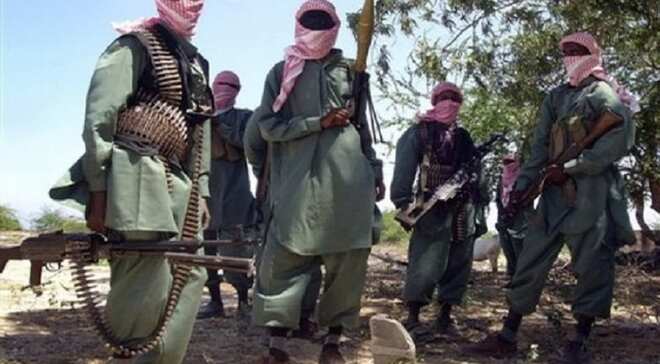 MOGADISHU, Somalia - Over 48 hours after both the Federal Government of Somalia and the US Africa Command reported the death of a senior Al-Shabaab commander, the group's media is yet to confirm or dispute the reports, raising questions about what may have transpired.

In widely circulated media reports, the Mogadishu administration and the US army confirmed the death of one of probably most sought Al-Shabaab militant, Abdulkadir Commandos, adding that Monday's airstrike in the vicinity of Saakow town left him dead.

Previously, the highly-powered Al-Shabaab media has often confirmed or denied such tragedies. For instance, the group disputed reports by the US army that six of their members had been killed on Sunday in Darussalam area Southwest of Mogadishu in an encounter triggered by Danab and US forces.

Instead, the Al-Shabaab media insisted that simultaneous explosions waged by the group killed at least 7 Somali National Army [SNA] servicemen besides wounding a US Navy Seal member. But in a statement, the US Africa Command dismissed the reports as "misleading propaganda".

Until now, the militants are yet to confirm or deny Commandos's death, something which could trigger a heated debate. However, experts argue that the militants take "some time" to admit such casualties especially when it is a huge setback to their operations across the country.

Gen. Ismail Abdimalik, the Danab's 60th unit commander, told SNA Radio that the army waged an operation at Daru-Salam area in Lower Shebelle killing several militants among them a "top Al-Shabaab operative" who is believed to be a trainer and an explosives expert.

The officer further said the militants were holding a meeting at the vicinity of Saakow town, a notorious hideout for the Al-Shabaab when the raid happened. He thanked the US army for helping Somalia to launch persistent attacks against the Al-Shabaab.

"We are glad that such operations are yielding fruit no matter the casualties," he told SNA Radio. "We managed to kill a number of militants on ground combats and obviously, the airstrike left one most wanted militant dead, and this is a tremendous achievement for the team."

Later, the Somalia government media outlets confirmed that the terrorist who was killed was Abdulkadir Commandos and that he had been on the military radar for a while. Interestingly, his life was terminated in Saakow, not far from where another notorious Al-Shabaab operative Bashir Qorgab was killed early this year.

In a statement published later on Tuesday, the US Africa Command [AFRICOM], confirmed the Saakow airstrike saying that it targeted "senior" Al-Shabaab leader but did not disclose the name. The Somali government had labeled Commandos a "security threat".

Further, the command added, it assessed that no civilians were injured or killed as a result of this airstrike. Previously, there have been allegations that such airstrikes usually target innocent civilians but in a quarterly report tabled recently, AFRICOM only took responsibility for the death of two civilians.

Commandos was an ex-soldier and at the time of his death, he was the head of Jabhat Islamiya and the founding member of Hizbul Islam. He joined the Al-Shabaab when the two groups merged and had been serving as a senior strategist and a respected elder within the Al-Shabaab circles.

Defectors who spoke to VOA said Abdulkadir commandos was someone the group relied on occasions when planning military operations, and other times when negotiating with clans. Another former Al-Shabaab commander said Commandos had a role in the abduction of two Italian nuns in November 2008 from northeastern Kenya.