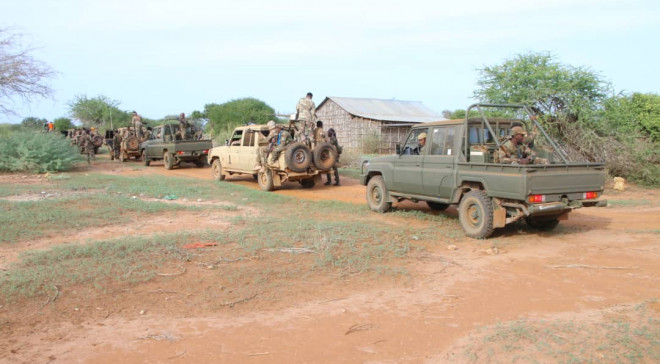 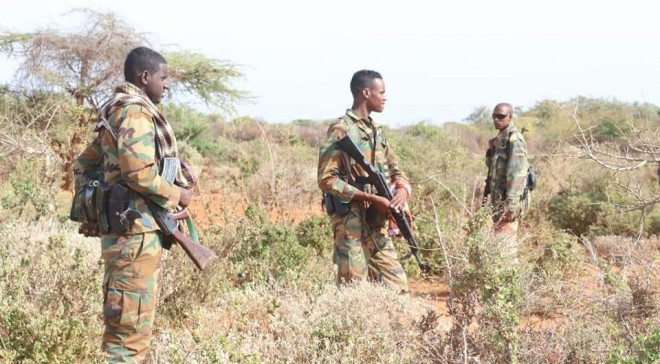 MOGADISHU, Somalia - When General Yusuf Rageh Odowaa announced major crackdowns against Al-Shabaab in Central and Southern Somalia, he insisted that "we shall crush them, reclaim our territories" and true to his words, the militants have continued to suffer defeats in recent weeks.

But even more fascinating, unlike in many setups of the army, Gen. Odowaa Yusuf Rageh took upon himself to lead a crackdown against the militants, something which has seemingly yielded fruits in recent weeks.

As of last week, over 200 militants had been downed in Middle and Lower Shabelle, coupled with dozens of injuries and those captured alive. Another estimation done by the media puts the record at around 600 of those killed in June alone.

State media said over six villages that were perceived to be strongholds of Al-Shabaab have been successfully retaken, with the government now coming up with elaborate measures to revamp fallen local administration that was overrun by Al-Shabaab.

Among those villages successfully retaken include Moalim, Sabriye, Balod, Binaanka-Balow, Mordinle, and Isse Lugoole which are located near Awdheegle and Afgoye districts in the Lower Shabelle region in southern Somalia.

It's in these villages that the group has been recruiting youths besides making explosives that are used in sophisticated operations conducted by the militants. Lower Shebelle was particularly targeted in the operations led by General Odowaa Yusuf Rageh, state media confirmed.

Over the weekend, the military also shifted some of the operations to Lower Juba regions, with Danab Special Forces killing Al-Shabaab militants in a security operation conducted by Somali Army’s Commandos at Berhani and Libikuus villages under Kismayo district, state media added.

This comes as United Nations Security Council slapped three senior Al-Shabaab militants with sanctions, as part of reinforcing efforts waged by both the Somali National Army [SNA] and the AMISOM troops in defeating the group from Somalia.

"While it is too early to see the impact of these listings, and updated sanctions list can be a significant tool in supporting the federal government of Somalia in its fight against Al-Shabaab," said Geraldine Byrne Nason, permanent representative of Ireland to the United Nations and chair of the Security Council Committee pursuant to Resolution 751 [1992] concerning Somalia, during a briefing on the subsidiary organ's work from Feb. 26 to June 14.

Nason said committee members welcomed the panel's work on Al-Shabaab's finances, expressed concern over the reported violations of international humanitarian and human rights law, and noted that effective weapons and ammunition management procedures instituted by the federal government were key to preventing military equipment from falling into the hands of Al-Shabaab and a faction of Islamic State of Iraq and the Levant.

The committee is currently considering the six recommendations contained in the panel's midterm update, including the idea of a consultative process with the federal government on the requirements of the arms embargo regime, she reported.

But despite the huge victory recorded in those areas, the Al-Shabaab reported setting up a local administration for Ba’adweyne, a town it occupied on April 15 after Government forces reportedly vacated. The group’s shadow governor for the Mudug region Hassan Abu Hamza went to the town, media outlets affiliated to them claimed.

On Tuesday, at least 10 people were also killed at General Dhago-badan military training camp in Mogadishu, with 20 others left with severe injuries, Gen. Odowaa said. Although Al-Shabaab is yet to take responsibility, nature and execution reminiscences the group's evil activities.

Separately, the group is believed to have also attacked an AU military convoy in the Lower Shabelle region, causing casualties on Ugandan soldiers. The bomb, the gun attack happened on the road between Buufow and No.60 near Marka city, with sources confirming that AMISOM vehicles damaged.

But generally, the group remains both cash-strapped and degraded, further losing traditional territories thanks to military operations across the country. The Somali National Army is set to take security responsibilities from AMISOM forces later on this year.