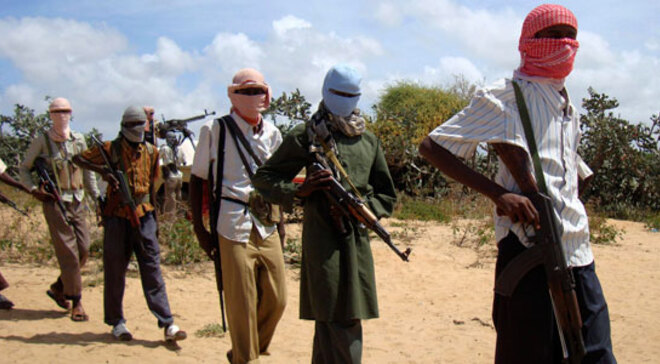 MOGADISHU, Somalia - Somalia-based Al-Shabaab militants have continued with their endless attacks against security forces, targeting key strategic points in the Horn of Africa nation, despite the ongoing security crackdown against them in various parts of the country, it has emerged.

Members of the Somali National Army [SNA], the African Union Mission Forces, and the US Africa Command have been tracking the militants in central and southern Somalia, but such efforts are yet to completely dismantle the group, which still has a capacity to wage sophisticated attacks.

And on Friday, at least one member of the Somali National Army was badly wounded in the outskirts of Dhusamareb, the regional administrative capital of Galmadug, where the militants have flushed out a couple of years ago, following an intensive gunfight according to the police.

The soldier was wounded when the military vehicle ran over a roadside Improvised Explosive Device [IED] at least 20 kilometers south of Dhusamareb. The incident happened specifically in the El-Dhere area, which is said to be the target of the militants in recent weeks.

The militants reportedly encroaching on the road between Dhusamareb and Guri-El, sometimes erecting roadblocks at night asking for extortion, officials said. The Al-Shabaab militants had lost control of the town following a security operation that was spearheaded by members of the Somali National Army [SNA] and the local militia.

Dhusamareb was recently renamed Samareeb by President Mohamed Abdullahi Farmajo following a pre-election conference that played an integral role in solving a pre-election crisis in Somalia. The town is said to be the hub of hope and courage.

Ever since Al-Shabaab lost grounds in the town, the group has continued to regroup with an aim of topping the fragile UN-backed Somalia administration. But security forces have often blocked the militants from gaining ground in strategic towns.

Recently, a report by Hiraal Institute indicated that the militants have been collecting more revenues than the Federal Government of Somalia, something which has enabled their operations across the country. The revenue is collected in form of Zakat and other illegal payments.