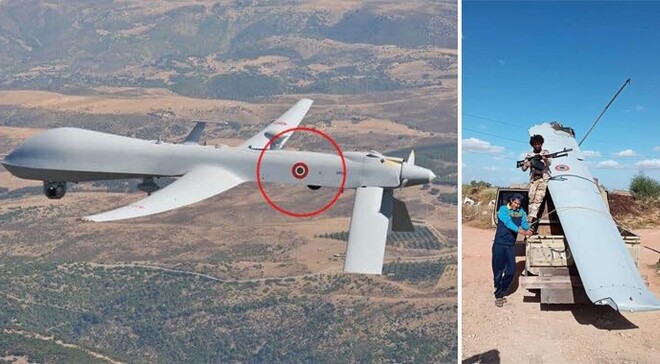 MOGADISHU, Somalia - A purported Al-Shabaab aerial video drone was shot down in southern Somalia, security forces said, with the incident now likely to raise fundamental questions about the safety of Somalia's entry points and the group's technological ability.

Reports indicate that the drone was shot down on June 17 between Bardale and Luuq towns in Somalia, which have been lately the battlefield between Al-Shabaab and Somali National Army [SNA], who are backed with foreign security forces.

The video drone was said to have been dispatched to spy on troops manning the region, mostly drawn from the Ethiopian National Defense Forces [ENDF]. The region falls under Sector III of AMISOM jurisdictions in the peacekeeping framework.

Sources said the drone was shot by ENDF troops who are not part of AMISOM contingent, further sparking questions about the presence of the troops in Somalia, which goes against the international law.

There have been calls to have the non-AMISOM contingent from Ethiopia withdrawn but despite protests from the opposition parties and the federal state of Jubaland, no action is yet to be taken by the international community.

ENDF non-AMISOM contingent was sighted in February crossing over the border at Gedo, and some traveled all the way to Baidoa on road, where they have been practicing for an anticipated showdown with the Al-Shabaab militants in southern Somalia.

In the past few weeks, at least seven ENDF troops have been killed within Bardale in the Bay region following Al-Shabaab ambush in about three instances, but attempts to run over a military camp within the same region were thwarted a fortnight ago.

And in May, the ENDF troops also ambushed the Al-Shabaab militants between Gedo and Baidoa, leaving dozens of them dead. It was the first time the Ethiopian military reported an encounter with Al-Shabaab through the issuance of a statement.

The latest incident confirmed the ability of Al-Shabaab to spy on the troops using advanced technology, something which would probably raise concerns about the financing of the militants. The Ethiopian troops are keen to eliminate the Al-Qaeda linked group before the official exit from Somalia in 2021.

Incidentally, the shooting down of the drone comes almost two months after the troops downed a Kenyan aircraft within the vicinity of Bardale airport, leading to the death of six people. The troops said that they had "mistaken" it for an Al-Shabaab impending attack.

Ahmed Ali Ossoble, a security expert from the Horn of Africa, says the incident should be a wake-up call for Somalia and security partners to find mechanisms on how to stop the militants from acquiring sophisticated technological equipment.

"If Alshabaab has an areal video drone, AMISOM and SNA Force must plan on how to stop them acquiring more and how to shot them," he said in a tweet. "For me, it's dangerous escalation which can be used even as an areal suicide attack. Experts must find means to stop."

Although the group remains significantly degraded, it's able to carry out small to large scale sporadic attacks within Somalia and East Africa. The group has lost ground in the past few weeks having been overwhelmed by security forces in southern and central Somalia.