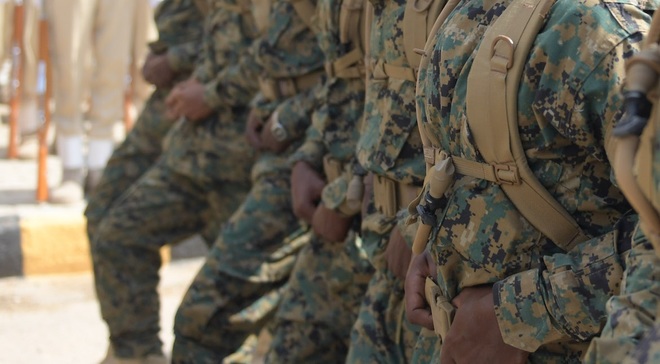 MOGADISHU, Somalia - Somali National Army (SNA) has on Thursday killed a top Al-Shabaab operative in Lower Shebelle, state media SONNA reported, in one of the most recent successes.

Despite the fact that Al-Shabaab militants have been flushed out of major towns, they have occupied Central and Southern regions of Somalia.

Both Somalia forces and allies have intensified crackdown against the militants, registering success in the process, AFRICOM said.

Osman Hussein Bulush, SONNA said, was killed by government forces in Wanlaweyn, following fierce gunfight between the militants and SNA.

According to reports, Bulush replaced Mohamed Siidow who was killed in drone strike on Dec 28 last year when US forces waged a strike.

The strikes were in response to heinous murder of over 90 people at Afgoye junction in Mogadishu by Al-Shabaab, state media had said.

Al-Shabaab claimed responsibility for the attack but said "we were targeting a Turkish convoy and police officers. We apologise to civilians affected."

Through AFRICOM, US has carried out at least five airstrikes in Lower and Middle Shebelle, managing to flush out the Al-Shabaab militants.

UN report released last year in November earmarked the two regions as 'hotbed" of Al-Shabaab insurgents, adding that the group has taken advantage of the vicinity to capture many villages.

Bulush's death is a blow to the militants given that he has been coordinating making and implanting explosives across the country.

Al-Shabaab has continued to use Improvised Explosive Devices (IEDs) to target both the peace keeping troops and government forces, Somalia said.

SONNA did not give further details on his death, although it termed it as "a major progress in degrading the Al-Shabaab insurgents".

US military has been training special forces called Danaab, which have been carrying delicate but successful operations in the area.

According to the report, "civilians accused of sharing intelligence with security agencies are the most targeted in the bizarre murders".

While the group no longer engages in charcoal trade, it has managed to engage in mafia-style taxation across the country, UN Panel of Experts said.

Another report released on Wednesday showed that Al-Shabaab has killed over 4,000 people since 2010, with most deaths occurring in Somalia.