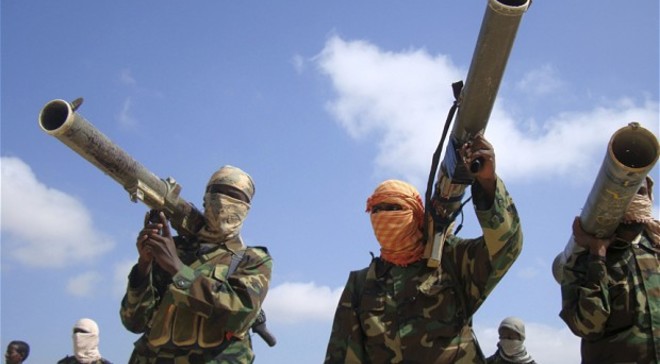 The militant group announced the killings on its Andalus radio station, saying they were carried out in a public square in Hagar town in the country’s southern Lower Jubba region on Wednesday, 3rd July.

The fourth and fifth men (Hassan and Abdullahi) were accused of being spy agents for the United States’ CIA while remaining three accused of passing information to Somali and Kenyan intelligence agencies.

According to residents, who asked to remain anonymous fearing retribution said the alleged spies were tied to poles and shot by a firing squad shortly after a self-proclaimed judge sentenced them to death.

The execution comes as the U.S. military ramped up recently drone strikes against Al-Shabab in the south and Islamic State-linked militants based in the country's northeastern Puntland.

Despite losing territory in recent years, the group continues to carry out deadly attacks in parts of the country, especially the capital, Mogadishu, which serves the seat of the UN-backed Somali Government.