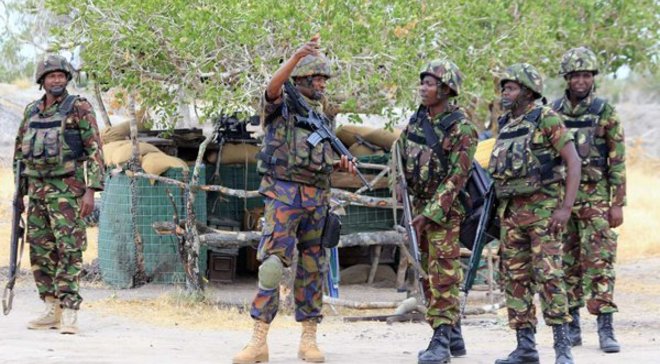 BARDHERE, Somalia - The Islamist militant group Al Shabaab took control of a town in southwest Somalia on Saturday after Kenyan forces left the area, the first ground the insurgents have seized this year, Garowe Online reports.

“Al-Shabaab has taken the Fahfahdhun peacefully today, March 2. The town is now under Al-Shabaab control,” said a resident, who spoke to Garowe Online via phone on condition of anonymity.

The KDF troops who have controlled the area since 2012 were reported to have retreated back to Giriley village, which is near Somalia's border with Kenya.

The group, which seeks to overthrow the Western-backed government in Mogadishu, has remained a potent threat in the Horn of Africa country even after being forced out of the capital Mogadishu in 2011.

AMISOM has yet to comment on the Fahfahdhun withdrawal. It’s the latest pullback from the so-called forward operating bases which have been come under heavy al-Shabab attacks.

The pull out comes just hours after Al-Shabab carried out a deadly day-long siege at a hotel along Makka Mukarrama road in Mogadishu which left 30 people dead.