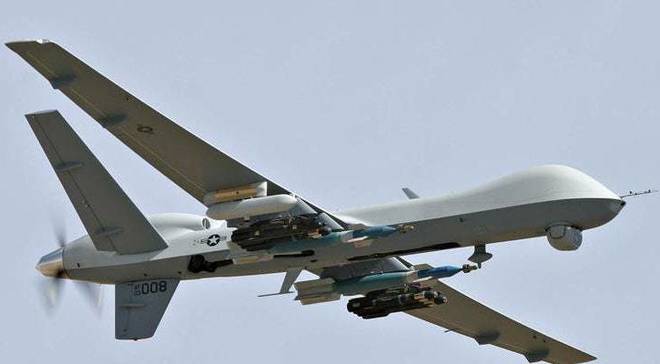 According to multiple police sources, Yonis Sheikh Dahir was one of the three victims of Bush Madina raid, about 135 miles West of Mogadishu, where they had been coordinating Al-Shabaab activities.

Dahir, reports indicate, was a counterintelligence operative, and has been holding several high ranking positions within the Al-Shabaab, including the chief explosive commander in Southern Somalia.

Among others, the terrorist coordinated many attacks targeting security forces and foreigners, and is said to have been responsible for September foiled attack at the Ballidogle army base in Somalia, officials said.

Gen. Stephen Townsend, the commander US Africa Command, had welcomed the elimination of Yusuf Jiis, another senior operative who had been under surveillance for over a decade now.

“This individual was a key leader in the al-Shabaab organization," Gen. Townsend said in a statement. "He was violent, ruthless, and responsible for the loss of many innocent lives. His removal makes Somalia and neighboring countries safer."

Intelligence sources now reveal that Jiis had been working with Al-Shabaab police, commonly called Hisba and at the time of his demise, he had become the member of the group's Shura Council, which is in charge of decision making.

Jiis, intelligence reports added, was the group leader of the Al-Shabaab team that planned and coordinated the raid targeting aid agencies sometimes back in 2009 where dozens of people died.

Their deaths come barely two months after the elimination of Bashir Qorgab, a senior Al-Shabaab operative linked to Manda Airfield raid in Kenya which occurred on Jan. 5. Qorgab, who had been expelled from Al-Shabaab, died in Saakow town.

The US military has heightened aerial surveillance and attacks against Al-Shabaab, striking 37 times since January. Within the same period, a total of 50 militants have been killed, statistics show.

But this doesn't include the ground combats which are usually conducted by AMISOM and Somali National Army [SNA], who have managed to liberate many strategic towns besides killing hundreds of Al-Shabaab.

AFRICOM, which has been leading operations against Al-Shabaab, has identified the militants as "an existential threat" to Somalia's integration, adding that the group is capable of executing large scale sporadic attacks.

“Al-Shabaab remains a disease in Somalia and is an indiscriminate killer of innocent people and their only desire is to brutalize populations inside Somalia and outside of Somalia," said U.S. Army Maj. Gen. William Gayler, director of operations, U.S. Africa Command.

"Putting pressure on this network helps contain their ambition and desire to cause harm and destruction," he added, insisting that the onslaught against the militants will continue until the group is vanquished.

Since 2008, the Al-Shabaab militants have managed to kill over 4,000 innocent civilians, besides eliminating dozens of security forces. Also, the group has lost thousands of fighters to peacekeeping mission troops and SNA forces.