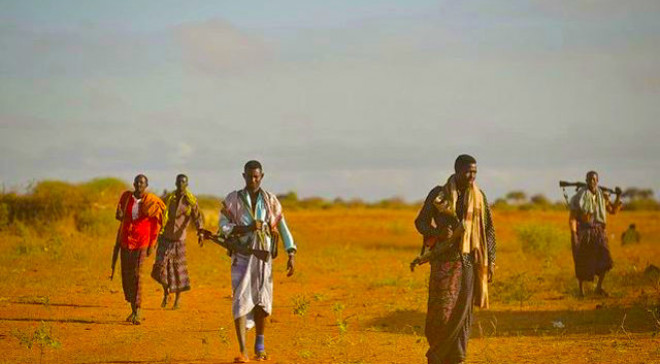 MOGADISHU, Somalia - A self-organized militia which has been fighting against the Al-Shabaab militants in Somalia has been sighted in Lower Shabelle, reports indicate, a situation that could trigger heavy fighting between the two groups, as the country plan to go for elections.

The presence of Ma’awisley in Lower Shabelle, a renowned Al-Shabaab bedrock, coincides with the ongoing operations by security forces, who have been trying to flush out the militants in the region, where Al-Shabaab operations are on a high scale.

Somali National Army [SNA] and the African Union Mission Forces in Somalia have been conducting operations in the region, but Al-Shabaab still controls large sections of Lower and Middle Shabelle. The operation has however been successful, leading to the liberation of several towns.

Reports indicate that Ma’awisley militias moved into Leego, Yaaq Bariweyne, Beled Amiin, and in areas around Ballidogle airport where they are set to unleash against the Al-Shabaab militants, who have been fighting to topple the fragile UN-backed Somalia administration.

The Balligodle airbase was the headquarters to the US Africa Command, which left Somalia last month. Over 700 personnel who have been assisting Somalia in the fight against Al-Shabaab, were relocated to elsewhere in East Africa, with reports indicating that most of them moved to Kenya.

Ma’awisley operated in Middle Shabelle and Hiran regions but this is the first time for the group to be sighted in Lower Shabelle. The group fights along with Somali forces but it has never been merged with the army, as both pursue Al-Shabaab militants separately.

The Al-Shabaab group still controls large swathes of rural central and southern Somalia, but it has significantly lost in some of the traditional strongholds following concerted efforts from the security forces. The group has an estimated 7000 active fighters within and outside Somalia.