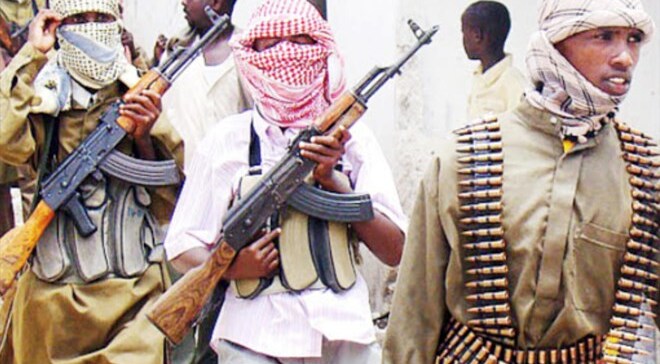 MOGADISHU, Somalia - The Somali National Army [SNA] on Monday killed at least 16 Al-Shabaab militants in central Somalia, officials said, in the latest crackdown against the Al-Qaida linked group, which has been pushing to topple the fragile UN-backed Somalia government, which has been in existence for a couple of years.

Eyewitnesses said the army killed the militants in Bula'le area in Galgadud, within Galmadug state, which has been struggling to contain the rising insurgency, despite improved security. The SNA troops have been conducting operations in the state since January, as they prepare to take over security responsibilities in Somalia.

There was a heavy gunfight within the region, which is located near Dhusamareb, the regional administrative capital of Galmadug. Residents said that several militants were critically injured and a number of them have since been arrested, awaiting trial by the military court in the coming weeks.

During the operation, several weapons were seized and are now in the custody of security forces. The SNA troops are also said to be combing the area as they pursue militants who have been wreaking havoc in the country, which has struggled with instability for the last several years.

Galmadug has literally been an Al-Shabaab zone but the security forces have intensified operations as they seek to liberate several strategic towns, which have been acting as a source of income for the militants. Al-Shabaab collects revenue from locals in the name of Zakat, which is used in helping operations against their targets.

Sources said the fight was triggered by a landmine planted by Al-Shabaab militants, which hit a convoy of the SNA troops. The incident left one soldier dead according to a regional minister who spoke to the Voice of America on Monday. The attack happened in east of Dhusamareb as government forces clashed with militants.

Although the group remains significantly degraded, it has been waging small to large scale sporadic attacks across Somalia and Kenya, forcing an operation by allied security forces. The US military has been aiding Somali National Army through systematic air bombardments against Al-Shabaab in Somalia.

Elsewhere, four Al-Shabaab militants were also killed on Monday when a landmine they were planting exploded prematurely at SOS junction along the Mogadishu-Bal'ad corridor on Monday, Somali police said without delving into finer details of the incident.