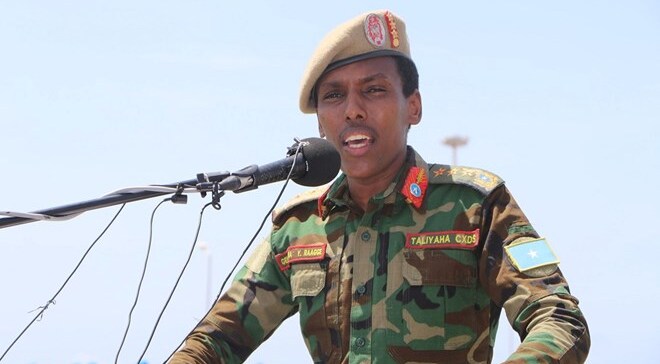 MOGADISHU, Somalia – Al-Shabaab has suffered heavy losses in Somalia after 19 militants were killed in the past 24 hours of major operations carried out by the Somali army in Bay province, said the military chief.

According to a statement released by the commander of the Somali National Army [SNA] today, the militants died in battle near Dinsor as part of a major operation aimed at clearing the areas of militants.

“The operation was successful and the troops managed to kill 19 extremists and capture two alive. The gallant soldiers have the upper hand in the combat and destroyed the group’s bases,” said Gen Odowa Yusuf, the army chief.

The battle comes hours after Al-Shabaab claimed it killed 6 Ethiopian soldiers in an ambush on their military convoy traveling in the vicinity of Dinsor, a contested town now under government control.

The Al-Qaeda-linked militants have intensified their war against the Somali government, aiming to seize ground as African Union troops from neighboring countries withdraw by the end of the next year.