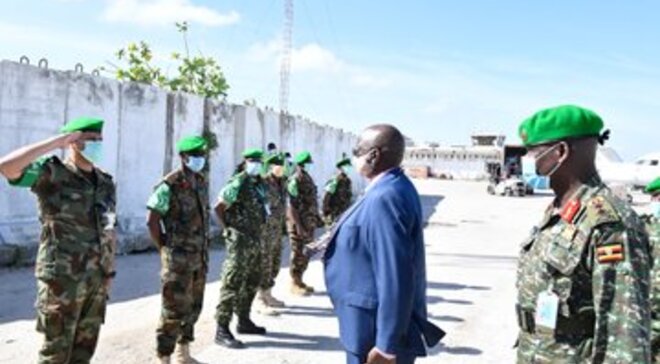 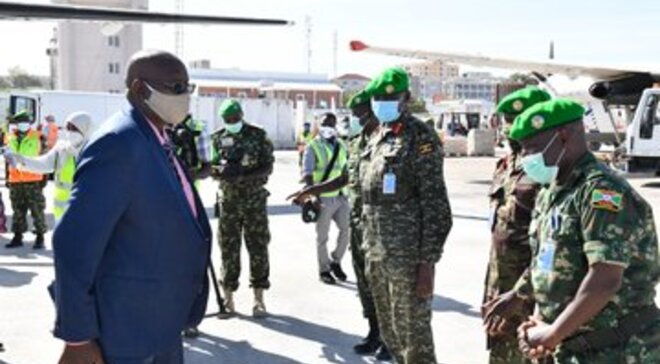 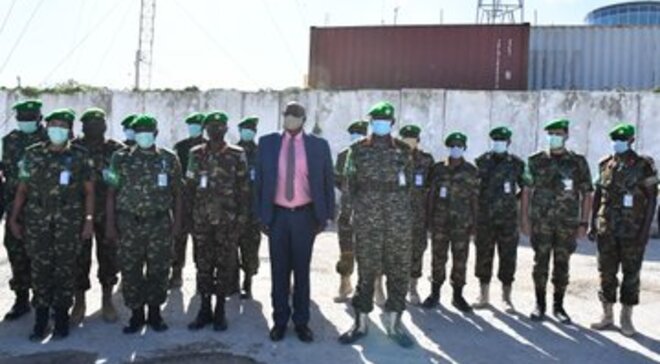 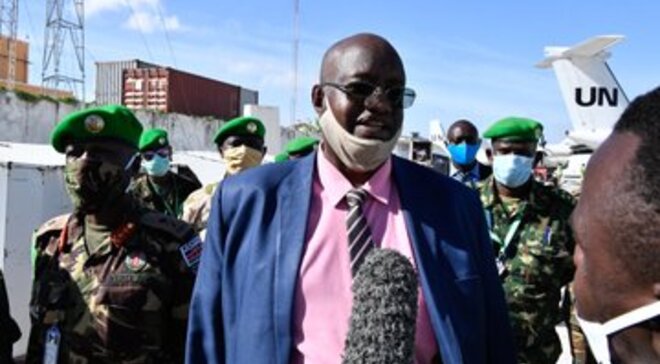 MOGADISHU, Somalia - With just a few months ahead of official exit from Somalia, the African Union Mission troops in Somalia ushered in a new Force Commander, who is set to among others, help the Horn of Africa nation stabilize through holding of elections besides training the Somali National Army [SNA] for Al-Shabaab war.

Lieutenant General Diomede Ndegeya, a Burundian, took over AMISOM leadership on Sunday in a ceremony that was held in Mogadishu and would lead a formidable force mainly drawn from Kenya, Burundi, Ugandan, Ethiopia, and Djibouti, which has been enforcing order in Somalia for over a decade now.

Lt. General Ndegeya takes over from Lt. General Tigabu Yilma, an Ethiopian, whose tenure expired last month. Tigabu had been the Force Commander since January 2019 and is credited for guiding the AU forces in launching successful missions against the militants, who continue to wreak havoc in the country and across the borders.

“I have come to help Africa, to help Somalia, to help our brothers. I have previously been here a number of times, from 2007 to 2012,” said Gen. Ndegeya in his brief remarks a few minutes after arrival at the historical airport in the vicinity of Mogadishu.

Gen. Ndegeya, 57, is not a stranger in Somalia having served from 2007 to 2009 when the country was confronting the enemy. In 2012, he was part of a reconnaissance mission to the Bay and Bakool regions of Somalia ahead of AMISOM troop deployment there, the force said in a statement.

But before his appointment as AMISOM Force Commander, Gen. Ndegeya was the Senior Advisor to the Minister of Defence in Burundi, charged with political and diplomatic affairs, a role he took on after serving four years as a Defence Attaché at the Burundian Embassy in Cairo, Egypt.

A holder of a Master’s degree in Technical Sciences, Gen. Ndegeya has vast knowledge in military command and defense strategy obtained from military institutions in Russia, China, and France. He is also a renowned negotiator and peacemaker, a career that spans for 38 years in Burundi National Defense Forces.

He has also published a number of research papers on peacekeeping missions in Africa and the professionalization of the Burundi National Defence Forces, among others.

And now, Gen. Ndegeya is expected to oversee implementation of the Somali Transition Plan [STP] which is set to be effected in 2021 when AMISOM will officially pull out of Somalia. Already, the force saw a reduction of troops by 1000 in March this year under the leadership of Gen. Tigabu Yilma.

Further, the commander will confront unending Al-Shabaab attacks and frequent claims of the presence of non-AMISOM troops in Somalia. Jubaland leadership has often accused Ethiopia of deploying non-AMISOM contingent in sections of Gedo and Southwest, a claim which was established by the head of mission Ambassador Francisco Madeira.

The AMISOM troops are credited of among others, flushing the Al-Shabaab militants from the capital Mogadishu. In recent weeks, the troops also seized Janaale town, which was used by the militants in generating income in Lower Shebelle, after decades of misrule.