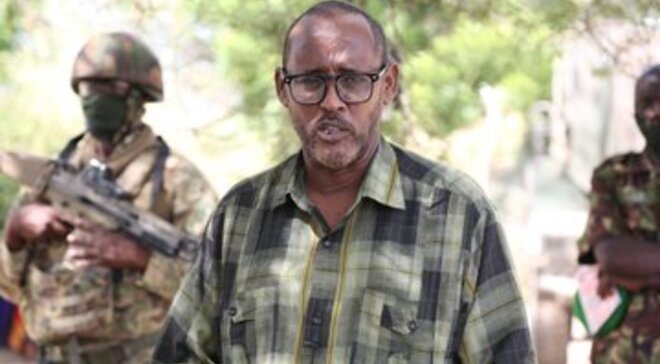 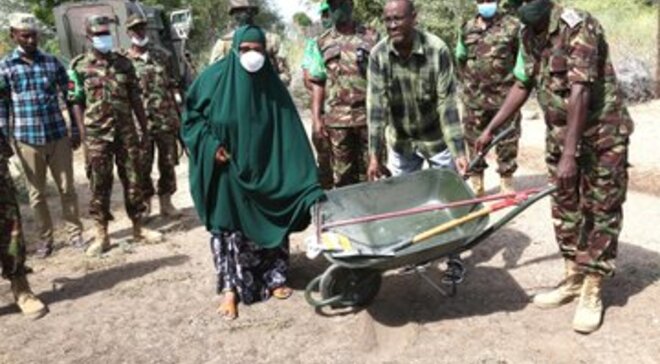 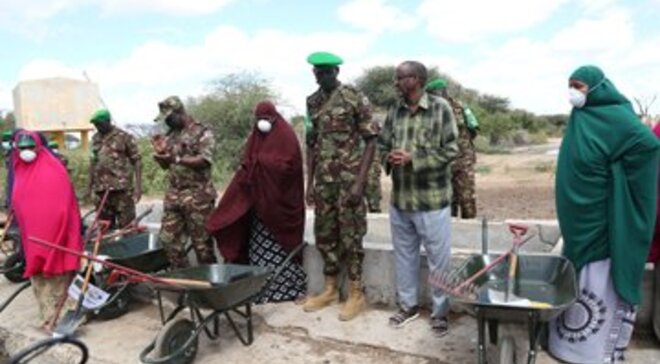 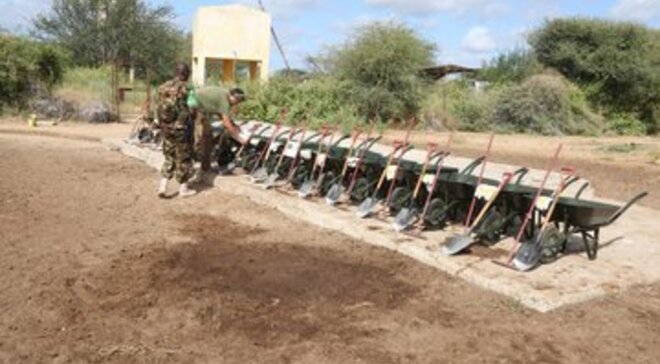 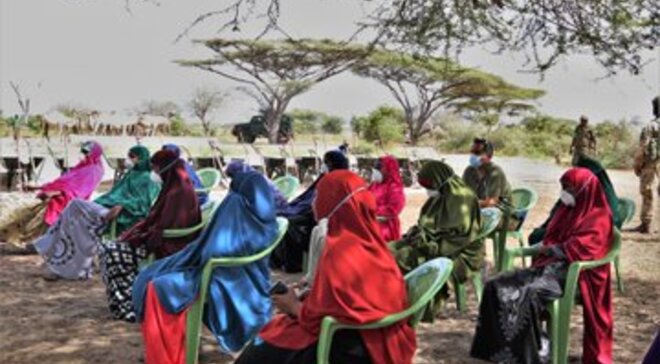 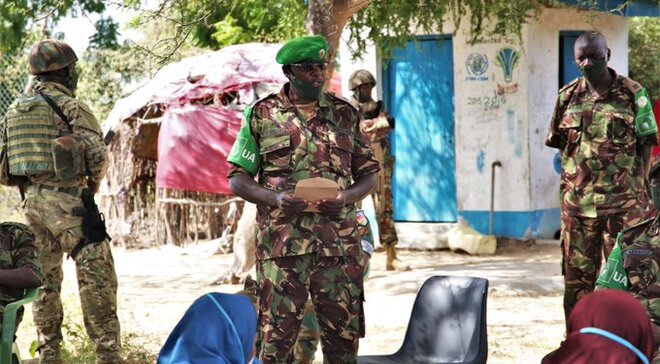 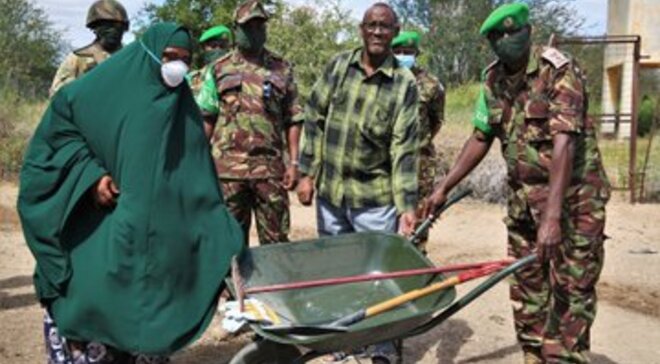 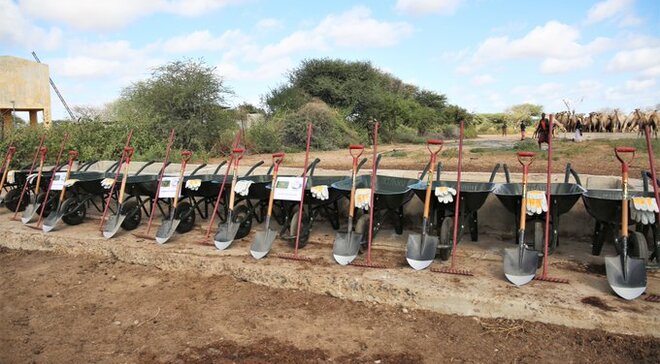 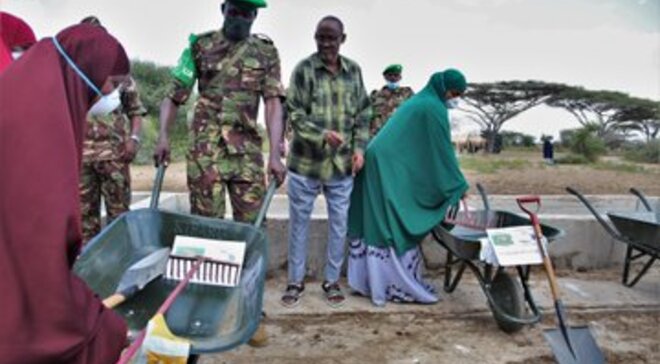 MOGADISHU, Somalia - In a move aimed at improving sanitation within Dhobley, the African Union Mission troops donated equipment to women within the region last week, an exercise that showcases the forces' determination to help Somalia navigate through certain challenges.

Some of the equipment donated include wheelbarrows, rakes, spades, and personal protective gear, which would boost the improvement of hygiene in the region through cleaning the environment in the border town within Jubaland state.

The Kenya Defense Forces [KDF] which mans Sector II of AMISOM dispatched the items on Thursday. The equipment was by KDF with the support of Bancroft Global Development [BGD], a non-profit organization that is keen on the improvement of sanitation.

Dhobley town administrator Siyad Mohamed Hassan hailed AMISOM for maintaining peace and security in the area and for continuing to support the local communities in the area of education and healthcare.

“The donation by AMISOM and Bancroft of wheelbarrows, rakes, spades, and gloves will be used during a cleaning exercise of our area, so we are grateful for this support,” he told reporters as quoted by AMISOM.

AMISOM Sector II official Lt. Col Clement Nyakundi, who presided over the function, said that AMISOM’s mandate is not limited to degrading Al-Shabaab and other armed opposition groups. The mission also works with local communities on the provision of services that will improve their lives.

“As we continue to support each other in pursuit of peace by fighting Al-Shabaab it is also our collective responsibility to conserve the environment in which we live. We, therefore, urge all of us to continue working closely together in order to realize peace and stability within Somalia,” he said.

Hamdi Moalim Gelle, the Deputy Chair of the Dhobley sanitation group thanked AMISOM for the support to the local community and to women’s groups in particular.

“We appreciate AMISOM’s support to local women’s groups and to the communities in various sectors. Their support is not limited to the women’s groups but they also help the locals in various areas including education, health and infrastructural development in the town,” Hamdi said.

Dhobley is one of the strategic towns for KDF, which has been in Somalia for almost a decade and hosts Sector II headquarters. Brigadier Paul Njema is the head of KDF contingent in Somalia which also mans sections of Sector IV in Jubaland.

The KDF team has been promoting social-economic activities among Somalis in Jubaland and the donations are just part of many which the KDF has been coordinating. For instance, the AMISOM distributes water and food besides promoting small scale businesses in Somalia.

For the last four months, the troops have also been actively involved in containing Coronavirus in Somalia, which has left close to 3,000 people infected. To date, 90 Somalis especially in Mogadishu have succumbed to the virus.

On the security front, AMISOM has also continued to unleash on Al-Shabaab militants, who have continued to wreak havoc in the Horn of Africa nation. This month alone, the militants were subdued by KDF in Dhobley and Bilis Qooqani, in a raid which the militants targeted Jubaland Regional Forces.

The AMISOM contingent which compromises almost 22,000 troops, is set to leave Somalia next year under the Somali Transition Plan. Kenya, Ethiopia, Burundi, Rwanda, Uganda, and Djibouti are some of the troops contributing nations in Somalia.