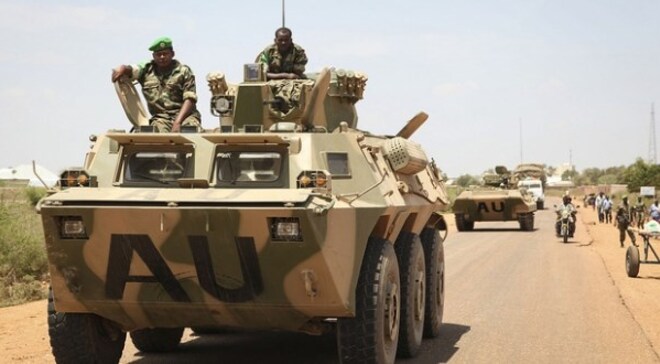 MOGADISHU, Somalia - A contingent of Ethiopian troops on Saturday foiled an Al-Shabaab attack in the Hiran region, officials said, in one of the most dramatic victories against the militants who have been wreaking havoc in Somalia, a country which has struggled to contain violence for almost four decades.

The Ethiopian National Defense Forces [ENDF] responded by firing at the Al-Shabaab militants in Halgan base where the Al-Qaeda linked group had tried to run over it. The fighting lasted for several hours before the militants fled from the region having been overwhelmed by ENDF.

Multiple sources told Garowe Online that the militants stormed the base from different sections before firing indiscriminately at the base. The ENDF responded thereafter, in a move which left several militants dead and scores injured.

“At around 03:00 am, Al-Shabaab fighters attempted an attack on Ethiopian military base in Halgan town, the sides exchange heavy gunfire,” a resident told a local radio station adding that "the Al-Shabaab lost several fighters during the melee.

The resident further said: "Those who survived fled from the scene as ENDF took control. I can confirm that the AU forces did not suffer any losses during the attack. It's the first time we're seeing such an incident."

The African Union Mission in Somalia [AMISOM] is yet to issue a statement but in previous outgoings, ENDF rarely issues statements involving attacks against Al-Shabaab. Hiran region is in the Southwest state whose capital is Baidoa.

African Union Mission soldiers were deployed to Somalia in 2007 and have since managed to flush the militants out of Mogadishu. Ethiopia is one of the biggest contributors has deployed close to 4,000 troops and there are allegations that another 1,000 contingent of non-AMISOM troops also operate from Somalia.

In recent months, the ENDF has been coming under attack from the Al-Shabaab militants. Last month, the troops also repulsed an attack at a base in Bardale where Al-Shabaab lost several fighters according to a statement issued by AMISOM.

Not far from the base, Kenya Defense Forces [KDF] working in Sector II also repulsed an attack at Bilis Qooqani and Dhobley. The militants were targeting regional Jubaland forces but the plan was aborted following a quick response from the Kenyan troops.

AMISOM troops have also managed to liberate several towns within Somalia from the Al-Shabaab militants. In March, the troops captured the strategic town of Janaale in Lower Shebelle which had been serving as revenue headquarters for the militants.